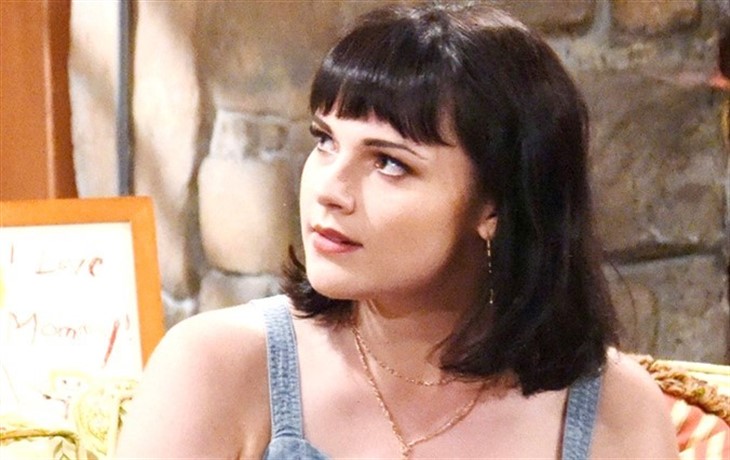 The Young and the Restless (Y&R) spoilers tease that the gestational carrier storyline unfolding on the CBS soap keeps getting more and more convoluted. It must have sounded good on paper: ‘let’s do a surrogate baby/mom story that involves half of Genoa City!’

That way, characters from multiple strata’s and families could come together to create a life for a rich entitled woman whose runaway husband ditched her after immediately the wedding for a top secret dangerous mission with no ETA date given. Yep, sounds like a winner.

A lot of fans have complained vociferously about the storyline which is at times silly and at other times maudlin. The rest of the time it is inscrutable. And that’s on a good day.

There have been no good days lately for the characters involved in Abby Newman Chancellor’s (Melissa Ordway) overriding obsession with having a baby with a husband who has left her. She has great friends though, and Mariah Copeland (Camryn Grimes) offered her womb and Devon Hamilton (Bryton James) donated his sperm so that Abby would stop crying.

Y&R Spoilers – Where Is Chance Chancellor?

Long story short, Mariah is now missing (along with Abby’s husband). At the same time, her demented ex Stitch Rayburn (Sean Carrigan) suddenly appeared and there appears to be a link. But is it a red herring that Stitch is in town right when Mariah goes missing? He and Abby once lost an unborn baby and some fans think he is going to kidnap Abby’s child or play hero by pretending to rescue Mariah after kidnapping her. The rest of the fans are yawning.

Cait Fairbanks plays Mariah’s SO Tessa Porter and she previewed what happens next in this muddled storyline. She told Soap Opera Digest that Mariah’s explanatory text raised red flags for Tessa, making her “freak out.” She realizes that something is not right about the situation even though Mariah’s mom Sharon Newman (Sharon Case) and Abby both seem to be unperturbed by the case of the disappearing surrogate—great title for a Nancy Drew book btw.

What will Tessa do next? She realizes that she is on her own, with her intuition to guide her. According to Fairbanks, Tessa’s, “next move is to find Mariah.” But explosive show spoilers reveal that this will not be an easy mission—will someone not survive this plot?