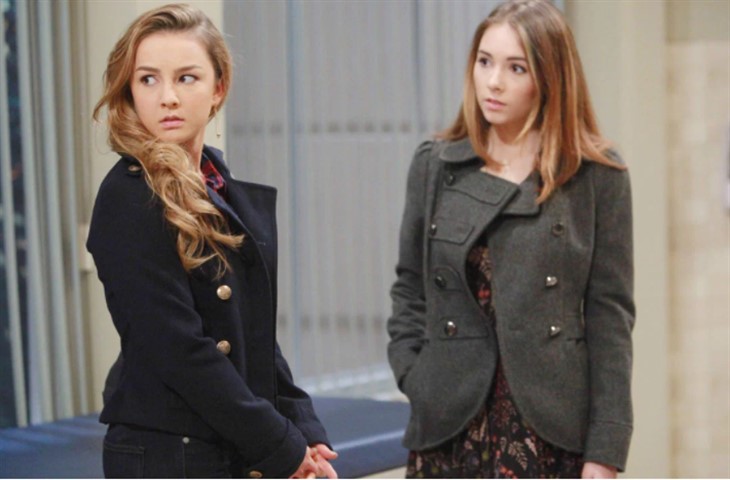 While this would certainly be a big help to Molly on General Hospital, who is about to graduate from law school as well as Kristina, whose roommate is moving out. But since Molly and TJ Ashford (Tajh Bellow) just had a Commitment Ceremony, he would be the third roommate. Is Alexis’ house big enough for all three?

General Hospital Spoilers – Could Kristina Davis-Corinthos Become A Bit Too Flirty With Her Sister’s Man?

Kristina isn’t known for her great decisions. To say that she is impulsive and a bit selfish at times would be an understatement. She’s certainly not a bad person, she just doesn’t always think things through. General Hospital spoilers and recaps show Kristina’s most recent bad choice involved joining a cult. She was eventually deprogrammed, mostly because her family didn’t give up on her.

But what if Kristina really starts to have a crush on TJ? Would she act on those feelings even though it would hurt her sister, and possibly ruin her relationship? Kristina might even rationalize that because Molly slept with Brando Corbin (Johnny Wactor) last year on General Hospital.

GH Spoilers – Molly Lansing-Davis Thought TJ Ashford Had Left Her When He Had Actually Been Kidnapped.

When Molly turned down TJ’s proposal last year, he stormed away and disappeared fpr several days. Molly thought he had left her, but in truth he had been kidnapped by Cyrus Renault (Jeff Kober). Lonely and not thinking clearly, Molly rebounded with Brando one night.

Of course the next morning, Molly found out that TJ had actually been abducted and beaten. General Hospital spoilers and rumors hint if Kristina decides she wants TJ, she might bring that up. It seems unlikely that TJ would ever cheat, but maybe it will be one of the situations where they drink too much and go too far. Hopefully, Kristina will stay far away from TJ but with them all three about to be roommates, that seems doubtful.

Could some sort of flirtation or a night of drinking lead to Tj and Kristina sleeping together on General Hospital? Or is Kristina making better choices these days. Close proximity can easily lead to a night full of regret in Port Charles, so stay tuned to General Hospital airing weekdays on ABC, and don’t forget to check back right here regularly for all your General Hospital news, rumors, and spoilers!