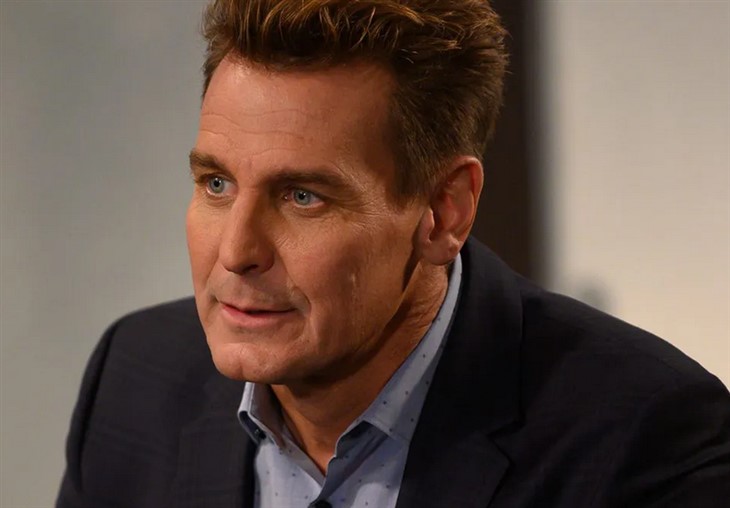 General Hospital (GH) spoilers for Thursday, September 2, 2021, reveal in Port Charles, the wheels turning in Jasper Jacks’ head as he ponders whether he was just imagining Sonny’s face in Nixon Falls or not.

Josslyn (Eden McCoy) took one little taste of that sauce and knew it was Sonny’s (Maurice Benard). After all, he was her stepfather who owned an Italian restaurant as a mob money-laundering front and has probably cooked up that sauce countless times in his life. But Sonny is dead, so how could that be? (Come on, Joss, they never found a body. You might be only 18, but you’ve been through this before.).

When Josslyn mentioned that Trina (Sydney Mikayla) got the sauce at a bar in Nixon Falls, Jax’s (Ingo Rademacher) mind flashed to that moment right after he was shot when he saw Sonny and thought he was hallucinating. Perhaps he wasn’t. First, he has to stop by and see Alexis (Nancy Lee Grahn). And she doesn’t want to see him at all and acts as if he may have some communicable disease. So, he puts in a call to see what Nina (Cynthia Watros) knows…

Trina and Ava (Maura West) have an emotional conversation on Thursday and Trina cries about how much she needs Ava. This must make Ava feel pretty good after the disaster she made of her relationship with her own daughter, Kiki Jerome (Hayley Erin).

Ava also takes a trip to General Hospital and demands that Scotty (Kin Shriner) tell her if her divorce is final or not. Elsewhere, Britt (Kelly Thiebaud) wonders why someone is so interested in her mother’s whereabouts. Might she be talking to Anna (Finola Hughes)?

Nikolas (Marcus Coloma) manages to get Spencer (Nicholas Chavez) to have lunch with him and Spencer brings Esme (Avery Kristen Pohl) along. Mini Nelle thinks it’s fascinating when Spencer says that the stalker isn’t the only threat in their lives. So, what is the threat? Could it really be coming from Esme and Ryan (Jon Lindstrom)? Stay tuned to General Hospital weekdays to see how these stories play out.