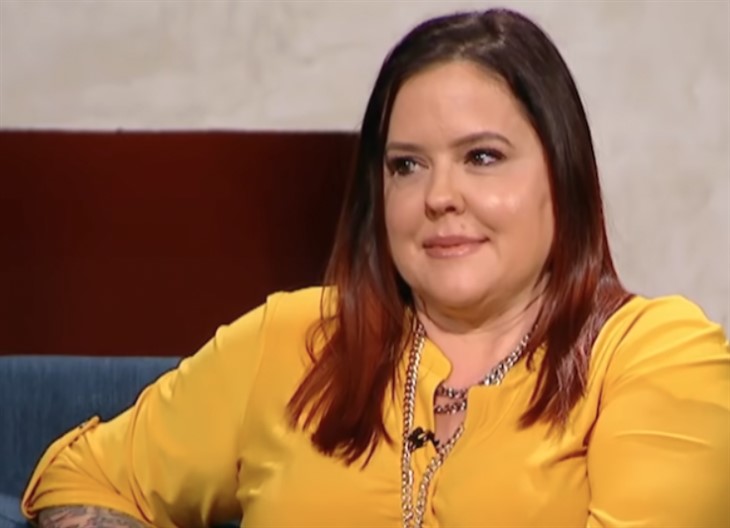 90 Day Fiance spoilers reveal that Rebecca Parrot is very upset with her fans these days. She had one fan who is an artist, want to send her and her husband a wedding gift. The art that she sent to her was beautifully done and Rebecca felt like it really did speak from the heart. She decided to share the art on her Instagram page and her fans were not very impressed with it. In fact, they were very thrown off by how it looked, and that made Rebecca very angry.

TLC 90 Day Fiance Spoilers – The Art For The Newlyweds

When Rebecca showed off the artwork from one of her fans, she had hoped that everyone would like it. She thought wrong. Rebecca ended up getting so much backlash for the art that she had to film a rebuttal.

Her followers talked a lot about the art. The comments were so rude that even the artist herself decided to untag her name so that she wouldn’t have to be part of this. There were several of Rebecca’s fans that stood up for the artist, but for the most part, everyone was pretty rude about it.

Rebecca took the time to let her followers know that she was beyond angry with them. She wrote, “I rarely get angry. But I’M ANGRY. I don’t think I’ve posted being angry in a very long time. But this made me so mad. An artist sent us a gift and I wanted to thank her. She didn’t even want me to post about it!! To those of you who criticized her art SHAME ON YOU. Art is SUBJECTIVE. I love it. Zied loves it. She is embarrassed and feels like crap. BECAUSE OF YOUR COMMENTS. I’m so disappointed in those of you who write mean things. Seriously. DO BETTER.”

We are glad that Rebecca is standing up for her fan who sent the artwork and we are sad that it had to come to this. Rebecca did a great thing by putting these followers in their place.