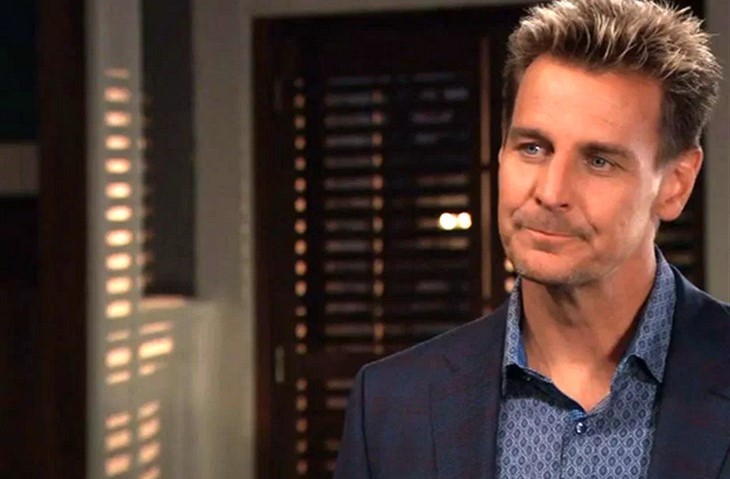 General Hospital (GH) spoilers reveal that Ava Jerome Cassadine (Maura West) is thinking about leaving Port Charles for a while. Considering her stalker situation just escalated, it’s understandable. It is confirmed that in two weeks, Ava is pushed for details on Nina Reeves’ (Cynthia Watros) new lover. Could Ava just be under too much pressure to keep Nina’s secret?

GH spoilers reveal that Ava thinks it’s time for her to leave Port Charles for a while. The stalker situation has turned from creepy to nearly lethal. Of course, fans know who set the car on fire, which Spencer Cassadine (Nicholas Alexander Chavez) was not okay with. He blasted his secret girlfriend, Esme (Avery Kristin Pohl) when she admitted to setting the car on fire. Ava could have been seriously hurt or even killed.

However, the car burst into flames as Ava was approaching it but she wasn’t close enough to be injured. She still was seen by Portia Robinson (Brook Kerr) and the police showed up at the emergency room to get Ava’s statement.

If Ava does end up leaving Port Charles, there is a good chance she will end up in Nixon Falls. It is teased that Nina will end up seeing a familiar face in Nixon Falls but it is also an uninvited guest. While the two women are friends, Nina doesn’t want to risk anyone else finding out about Sonny Corinthos aka “Mike” (Maurice Benard). So, Ava might be Nina’s friend, but she could also be considered an uninvited guest.

It is teased that Nina will be backed into a corner. However, Nina is desperate and just might come up with a reason for Ava to keep quiet.

General Hospital spoilers reveal that during the week of August 30, Ava will be pressured. The person applying the pressure is confirmed to be Jasper “Jax” Jacks (Ingo Rademacher). He pushes for details about Nina’s new love interest. This isn’t the first time that Jax has tried to get information about Nina’s new life and the people in it. However, if Ava finds out about Sonny, then it could change everything.

Ava has kept a lot of secrets and done some terrible things in her lifetime. So, she is able to keep a secret. However, Ava is reformed and might not be totally on board with keeping Nina’s secret. After all, this isn’t just any random man — it’s the father of Ava’s child. That complicates things quite a bit. Plus, Ava is already under so much pressure with the stalker situation and her pending divorce. One more thing just might cause her to blurt out the truth. Could the final straw be when Jax pushes Ava for information?

It makes sense that Jax might be the one to find out about Sonny. He wants to protect Josslyn Jacks (Eden McCoy) from the escalating mob conflict. Plus, Carly Corinthos (Laura Wright) and Jax have gone from civil co-parents to having an all-out war. One way for Jax to be redeemed in Carly’s eyes would be for him to be the one to bring Sonny home. The soapiest angle would be for Jax to do so during Carly and Jason Morgan’s (Steve Burton) wedding. Talk about an explosive reveal!