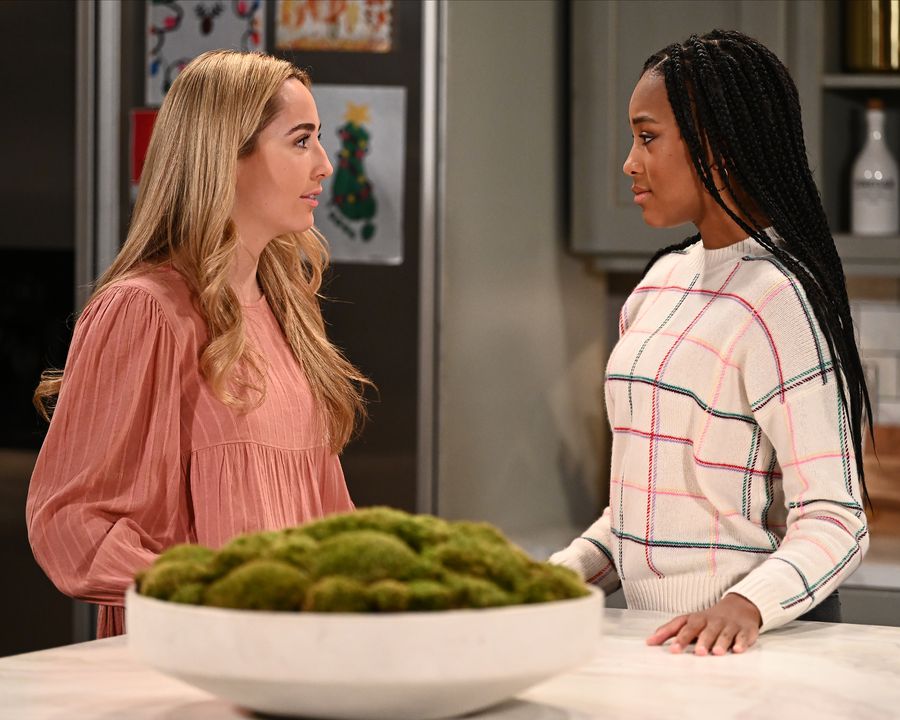 GH spoilers reveal that a few months ago, Trina ended up in Nixon Falls. Fans were sure that she was going to see Sonny but that never happened. When Trina raved about the dinner she ate, Phyllis Caulfield (Joyce Guy) gave her a jar of sauce to take home. As viewers know, it was Sonny’s special sauce.

It is teased that during the week of August 30, Josslyn will cook a special meal and Trina offers her help. Is it possible that Trina still has that jar of sauce and brings it along? The sauce hasn’t been mentioned since but it was a memorable scene that aired for a specific reason. So, we have to imagine that this sauce will be brought up again, perhaps during Josslyn’s dinner preparation.

General Hospital spoilers reveal that Josslyn might taste the sauce and think there is something familiar about it. However, we don’t think she will immediately think, “Oh! This is Sonny’s sauce!” That’s not going to happen. What will probably happen is that Josslyn won’t be able to shake the feeling that there is something so familiar about the Tan-O sauce. When she asks Trina about it, Josslyn will be told that she received the jar as a gift when she was in Nixon Falls. She might even rave about their food and suggest they take a trip up there.

We know that Nina Reeves (Cynthia Watros) is going to face someone from Port Charles in Nixon Falls. However, we don’t know who this person is but it threatens to blow up her secret. It is also teased that Sonny will meet “someone new to him.” Since he has amnesia, both Josslyn and Trina would be “new” to him.

With Jason and Carly’s wedding coming up on September 17, something is going to stop the nuptials. It most likely will be the discovery that Sonny is alive. However, will he end up making a special appearance or will Carly be informed by Josslyn that her husband is alive and well? We will have to keep watching the ABC soap to find out what happens with this storyline.