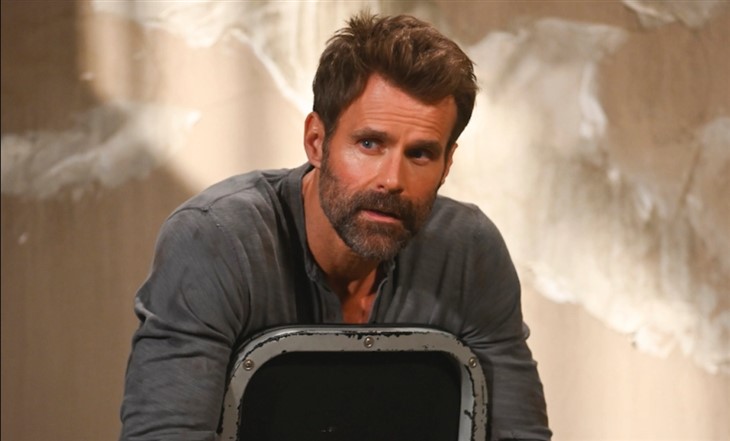 General Hospital (GH) spoilers for Thursday, November 18, 2021, reveal Britt Westbourne is convinced Jason Morgan will be able to save them all.

Peter August (Wes Ramsey) is still hissing and twirling that mustache as he gives the order for Jason (Steve Burton) to be killed. Britt (Kelly Thiebaud) then tells Liesl Obrecht (Kathleen Gati) Jason has a plan and it all has to do with the tarot card that controls Drew Cain (Cameron Mathison). He thinks that he can now control Drew and get him to complete that damn mission already. But is Britt right since nobody seems to ever be able to kill Peter no matter how hard they try?

Jason is told his time is up so is he ready to use his ultimate plan on his brother or will this really be the end of Jason again? Sometimes getting shot will kill you on a soap, and sometimes it will help you stick around if one is shot the correct way.

Back in Port Charles, Gladys Corbin (Bonnie Burroughs) is getting ready to tell Valentin Cassadine (James Patrick Stuart) that he’s not Baby Bailey Louise’s father. She hems and haws and he just asks her to spit it out already. Will she? Or might she be interrupted with the news that she is a grandmother?

Meanwhile, Maxie Jones (Kirsten Storms) once again has to cover for herself with Austin Holt (Roger Howarth) when he asks her what she and Brook Lynn (Amanda Setton) are really up to. Little does he know that Gladys has been telling him she has a lot of information about them. He also saw a little money exchange.

When Carly Corinthos (Laura Wright) realizes that Nina Reeves (Cynthia Watros) saw Wiley (by accident), she goes absolutely ballistic in a way that only Carly could and asks Nina what it will take to keep her away from the little boy,

Apparently, Willow Tait (Katelyn MacMullen) doesn’t like her sorta-mother-in-law making decisions for a child who is legally her own and tells Carly that who Wiley sees and does not see is not her decision to make. Will Carly even survive hearing someone stand up to her bullying? Stay tuned to General Hospital weekdays and see how these stories play out.

Travis Scott Will Be Home For Christmas – Ten Concertgoers Won’t