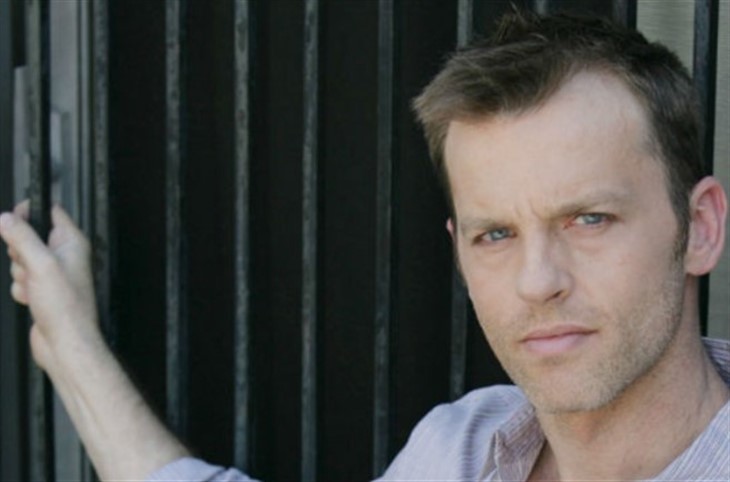 General Hospital spoilers and rumors tease that Trevor St. John was recently hired by General Hospital. Fans wonder, with all the buzz about Steve Burton leaving – or not leaving – if Trevor might be a new Jason Morgan. If not, there are a couple of other possible recast roles he might fit into. Let’s see who he might play!

General Hospital fans have seen the rumors all over the internet that Steve Burton has been fired from General Hospital because he didn’t get a Covid vaccination. The latest is that Steve cannot comment on his status, so until and unless it’s officially announced by General Hospital or Steve himself, it’s at best an educated guess.

It is possible that Trevor St. John could have been hired by General Hospital to play a part; he is good friends off screen with Michael Easton, who plays Dr. Hamilton Finn and they have done a lot of film projects together outside of television.

But General Hospital fans who also watched One Life To Live will recall that there was a very similar storyline to the story of separated twins – one who disappeared, then returned not looking like he once looked. When the original twin reappeared, it was discovered the new twin was a twin brother he didn’t know he had! Longtime ABC daytime drama viewers will remember they were Todd Manning, played by Roger Howarth, and Victor Lord, Jr., played by Trevor. Roger has played Todd, Franco Baldwin, and now Austin Gatlin-Holt on General Hospital. If Trevor starts playing Steve Burton he’s not going to look like an identical twin to Cameron Mathison who’s playing Drew Cain either!

GH Spoilers And Rumors – Jeff Webber Has Been Mentioned – How About Steve Webber?

Elizabeth Baldwin’s (Rebecca Herbst) father, Jeff Webber, originally played by Richard Dean Anderson, has also come up in onscreen conversations quite a bit lately. It sounds like Jeff may be on his way back, although it’s not certain that Richard Dean Anderson will play him. Trevor’s a little too young to play Jeff, but what about Elizabeth’s older brother Steve Webber, last played by Scott Reeves?

In recent General Hospital storylines Shawn Butler (Sean Blakemore) has been paroled and Steve’s been behind bars a lot longer. Elizabeth needs family around and she doesn’t get along too well with Jeff, it doesn’t sound like. The return of Steve Webber would give Elizabeth more family and General Hospital another badly needed doctor to spread around the caseload between Finn and Austin!

Longtime General Hospital viewers will remember that Austin Gatlin-Holt’s stepmother, Charity Gatlin (Gloria Carlin) had a son named Jonah Gatlin (Scott Curtis) who would be around forty-three years of age now. Austin’s age hasn’t been revealed, but he has to be younger than Jonah for the historical storyline to fit. Jonah wouldn’t be Austin’s twin, but he would be his half-brother, and again, for fans of One Life To Live and Trevor, there might be double déjà vu because Trevor and Roger again would be playing brothers! Or, Trevor may just be playing a brand new role yet to be announced!

GH Spoilers: Brook Lynn Gets Her Voice Back!