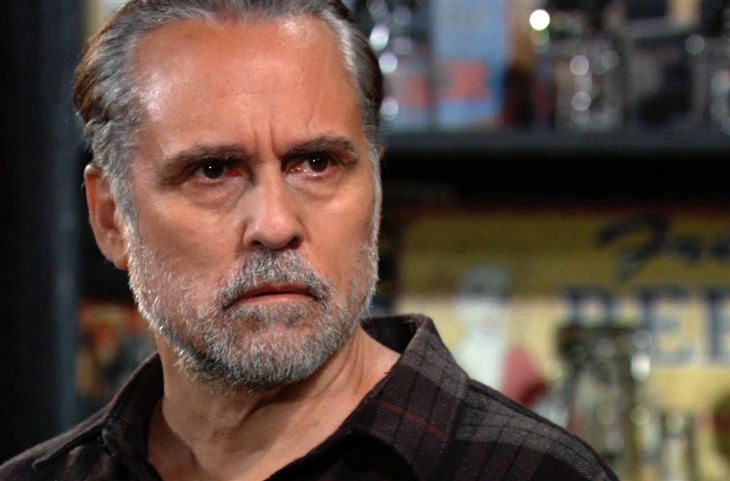 General Hospital (GH) spoilers and updates tease the countdown begins for a disturbing scene between these three men all because of one woman’s inability to tell the truth. Viewers will be hoping this sets the stage for Mike to regain his memory, return to Port Charles and reclaim his family.

General Hospital Spoilers – Nina Reeves’s Deception Catches Up With Her

According to spoilers for General Hospital, there will be some explosive action in Nixon Falls during the week of September 13-17. Nina Reeves (Cynthia Wartros) will begin reaping from all the seeds of deception she has sown. The three men she has recently lied to will end up together and spoilers tease things will not go well. All of the lying and manipulation is about to come back on Ms. Reeves in a big way.

Jasper Jax (Ingo Rademacher) showed up last week in Nixon Fall and confronted his ex about keeping Mike’s(Maurice Benard) true identity from him. Mike/Sonny began displaying his old temperament and seemed ready to blow at any moment and Nina was frightened. Jax is also pretty angry and determined that the truth should be revealed and if Nina does not confess he will tell all.

Jax will be sidetracked by the arrival of Peter August (Wes Ramsey) who will show up fuming because Nina gave him a false lead on his daughter Louise. Spoilers reveal that Mike will see the angry encounter and take some type of physical action. He has been behaving more like Sonny lately and his natural instinct to fight will kick in.

Spoilers tease that Peter will slink away so it sounds like Mike roughs him up a bit. This will be no more than Jax expects from the mob boss but Nina will be horrified to see Sonny emerging and less of her precious Mike.

Days Of Our Lives Spoilers: Steve Plays Detective, Bonnie’s Past Key To A Free Future