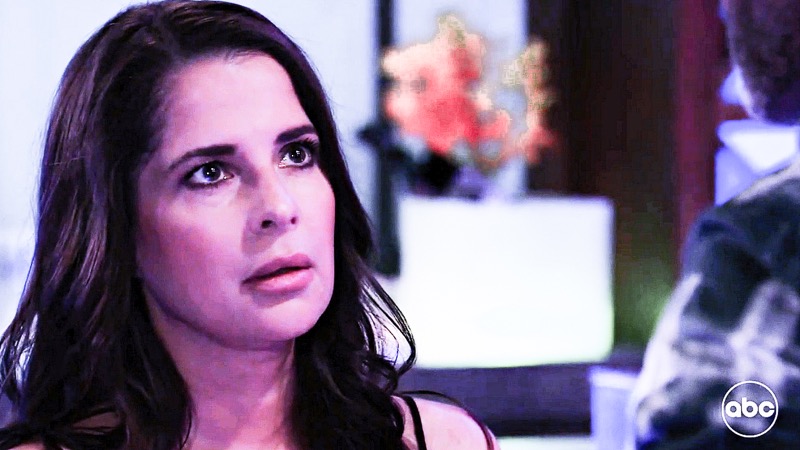 General Hospital Spoilers – A Voice From The Past

General Hospital viewers will recall that Sam heard a voice from the past on her phone when she answered it in a recent episode of General Hospital. Drew has been missing and presumed dead for two years nearly to the day after his plane was reported to have crashed in the Gulf of Aden. Drew was on his way to Afghanistan to return some dirty money obtained by Shiloh Archer (Coby Ryan McLaughlin) and Tex Owen (uncast character) to its rightful owners. He also had stopped by on the way to track down Dr. Andre Maddox (Anthony Montgomery) to see if he could help Franco Baldwin (Roger Howarth) regain his own memories and remove Drew’s memories. Franco had stepped in when Archer and Dr. Arthur Cabot (Time Winters) had kidnapped Cameron Webber (William Lipton) intending to download Drew’s removed memories into his brain.

General Hospital Spoilers – Anna Devane Has The Resources Of The WSB

General Hospital viewers will remember that Anna has the resources of the WSB at her disposal, and Drew was a victim of Peter August (Wes Ramsey) who had made to call to down Drew’s plane. Longtime General Hospital viewers will recall that Drew isn’t the only one to have been presumed dead while held hostage in a foreign prison – so was Duke Lavery (Ian Buchanan). He was held in a prison in Turkey for many years before he was found. Anna will be very sympathetic to the cause of finding and rescuing Drew, not only because of what happened to her lost love Duke, but because of feeling responsible for Peter’s actions. Sam’s investigative resources can only go so far, and she knows nothing about the country where Drew is being held! Anna’s WSB missions took her all over the world!

General Hospital Spoilers – Where To Begin?

General Hospital viewers know that it may be difficult to track a cell phone signal from overseas, but more than likely Sam will try, so at least she may find a triangulated starting point. She will contact Curtis Ashford (Donnell Turner) first to let him know his buddy is alive – somewhere. Even Damian Spinelli (Bradford Anderson) may not be able to find where Drew’s call emanated from, and even if they do find a general area, a private investigator may not get far without WSB help. General Hospital viewers will recall even when Sonny Corinthos (Maurice Benard) went looking for Dante Falconeri (Dominic Zamprogna) when he went rogue, Robert Scorpio (Tristan Rogers) went with him. True, Dante had been on a WSB mission but even if he had not, Sonny would not have been able to search for him merely as a private citizen!

General Hospital viewers know that Anna still has plenty of contacts in the WSB and she will likely start with those based close to the Gulf of Aden. Sam and Dante in fact may go on the search for Drew together, as a leaked script has them in the principality of Monaco. Whether it will be a combined search for Drew and for Hayden Barnes, (Rebecca Budig) who Sam is also looking for is yet to be revealed. But now that Sam knows that Drew is alive, General Hospital viewers know that she will take whatever measures are necessary to bring the father of her daughter home to Port Charles!