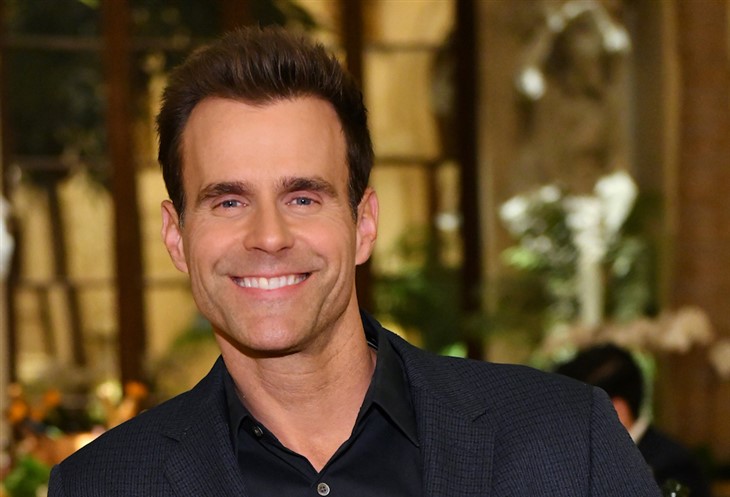 General Hospital (GH) spoilers reveal that we won’t necessarily Drew Cain this week, but will hear him. Cameron Mathison is taking over the role, which the soap tried to keep under wraps. Now that Drew is coming back, what can fans expect? The actor teased that Drew is in trouble and he calls Sam McCall (Kelly Monaco) because he knows she’ll send help.

GH spoilers reveal that in 2019, Drew’s plane disappeared due to arrangements made by Peter August (Wes Ramsey). It was a way for actor Billy Miller to exit, as he had announced to fans. The plane and body were never found but Drew was declared legally dead. Now that Mathison is taking over the role, Drew is coming back to Port Charles.

However, he is in trouble, according to the actor’s interview with Entertainment Weekly. We don’t know exactly what kind of trouble he is in or what this means for Peter’s own mystery as his body is now missing.

Why He Calls Sam McCall

Mathison explained that when Drew is in trouble, he manages to place a phone call to Sam. She is someone that has always been important to Drew and they have a child together. He teased to the publication,

“He reaches out for a good reason. She’s obviously incredibly important to him. They’ve got a child together, which the audience already knows, and that daughter is everything in the world to him. He reaches out to Sam because he really believes that help will follow.”

General Hospital spoilers reveal that on Monday, August 16, Sam receives an unsettling phone call. Mathison debuts as Drew on that same date. On Tuesday, she will be in complete disbelief. As the week continues, Sam will ask Curtis Ashford (Donnell Turner) for help.

Mathison said that he is under contract but didn’t release any details. The role of Drew Cain has been played in the past by both Billy Miller and Steve Burton. How does Mathison feel about taking over the role?

“It may be a little bit scary how the character wasn’t on the canvas that long. Billy Miller and Steve Burton both played him for a bit. I feel like there’s enough that has been sort of untapped. There is an opportunity for me to bring my own take and version of this great character.”

What do you think of Cameron Mathison playing the new Drew Cain? What do you think his story will be about the vanishing plane? What does the future hold for this character, as well as Sam McCall?

B&B Spoilers: The Forresters Get The Shock Of Their Lives