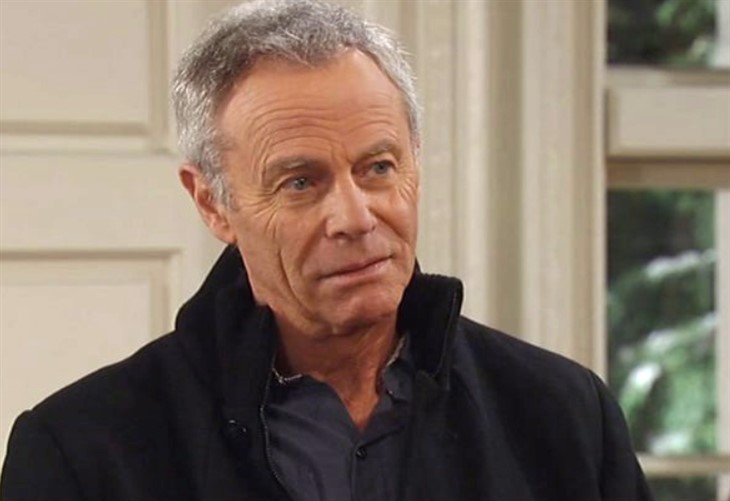 General Hospital’s Robert sees that Anna cares a lot about Valentin despite his ruthless past. Valentin has been dirty and underhanded for years. Valentin is also a Cassadine and isn’t likely to change anytime soon. Robert doesn’t believe that Valentin cares for Anna. Robert believes Anna is being used like Valentin does everyone else. Look how he has taken advantage of his own family. After all, Valentin shot Nikolas Cassadine (Marcus Coloma) who was missing for three years. Valentin is now working at ELQ because of his underhanded techniques as well. How could Anna be so taken with him after she was so mistaken about Peter August (Wes Ramsey)? Has Anna learned nothing from the man she thought was her son? Is Valentin not a close friend of Peter’s.

General Hospital’s Anna is a WSB agent. Anna is trained to spot a fraud and Robert cannot believe that she is buying Valentin’s act. Was Valentin not the one who gave Peter to Caesar Faison (Anders Hove)? Valentin has never truly been a friend to Anna. In Robert’s mind, Valentin took advantage of who he thought was Anna and doom her child to a life of crime. Robert doesn’t believe that there are any good Cassadines, except for maybe Nikolas. Robert simply does not understand why Anna is considering any type of relationship with him.

General Hospital’s Robert still cares about Anna. Anna is Robert’s ex-wife and they have a child together. However, Robert and Anna had moved on from each other. Now that Anna is considering moving on with Valentin, Robert is more determined than ever to keep them apart. After all, Robert gave Hamilton Finn (Michael Easton) a very hard time when it came to having a relationship with Anna. Will Robert ever be able to accept Anna with anyone else? What will it take for Anna to convince Robert to give Valentin a chance to prove himself? Perhaps Robert simply needs a love interest to get him off Anna’s case over Valentin.

Will Robert find himself preoccupied with finding Holly Sutton (Emma Samms)? Would Holly give Robert something else to concentrate on other than Anna’s love life?