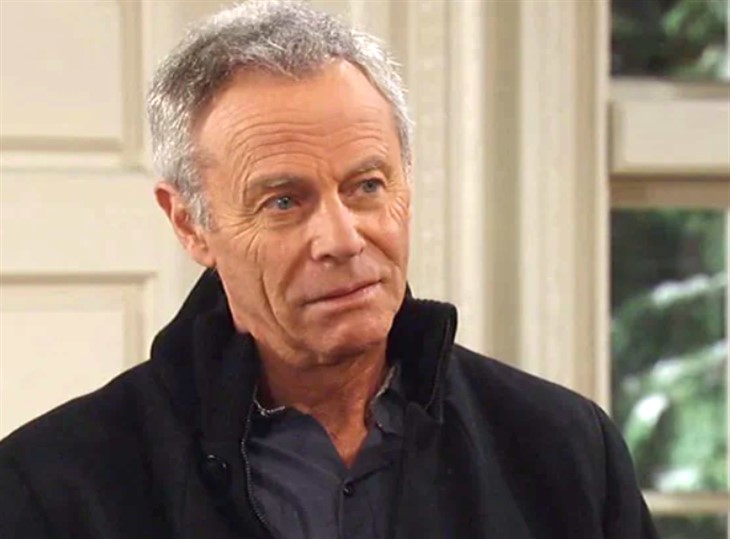 General Hospital Spoilers tease that Robert Scorpio (Tristan Rogers) has believed for the last several months that his ex wife and the love of his life, Holly Sutton (Emma Samms) was dead. After receiving a distress call from Holly, Robert and Olivia Falconeri (Lisa LoCicero) traced the call to a casino in Monte Carlo. But after all was said and done, it looked as if Holly was truly dead. But as viewers know, she is being held captive by unknown parties. But that was months ago, and Robert has accepted that Holly is dead and gone. But in truth, she may be in the same prison as Drew.

In the meantime, it has been revealed that Drew Cain (Cameron Matheson), who was also presumed dead, is actually alive. But he is also being held captive. Could these two abductions be connected. Drew’s captor is actually Victor Cassadine (Charles Shaughnessy) and he has partnered with Peter August (Wes Ramsey). While it’s not known if Holly is the unknown captive that is in a cell down the hall from Drew, it seems quite possible. If she is indeed at the same location as Drew, Robert may soon get a shock/!

GH Spoilers – Robert Scorpio Will Soon Get Quite A Shock!

Anna Devane (Finola Hughes) has been searching for Drew with the help of Valentin Cassadine (James Patrick Stuart). The two of them have been trying to bring Peter to justice. But soon Valentin will also disappear, and he will likely be Drew’s new cellmate. Anna will have no choice but to call in reinforcements, and Robert will come running. As they discover the location of the prison Drew and now Valentin are being held, Robert will discover something shocking. Could it be that he discovers Holly is there?

Although it’s possible that the female captive is Holly, is could also be someone else. Hayden Barnes (Rebecca Budig) is also missing and has been for many months. But even if it is Hayden, she may know something about Holly. But either way, Robert and Holly will likely be reunited before much longer!

Who is being held alongside Drew and Valentin? Is it Holly or Hayden? Will Robert arrive in time to help Anna rescue Drew and the others? Only time will tell, so stay tuned to General Hospital airing weekdays on ABC. And don’t forget to check back right here regularly for all your General Hospital news, information and spoilers!