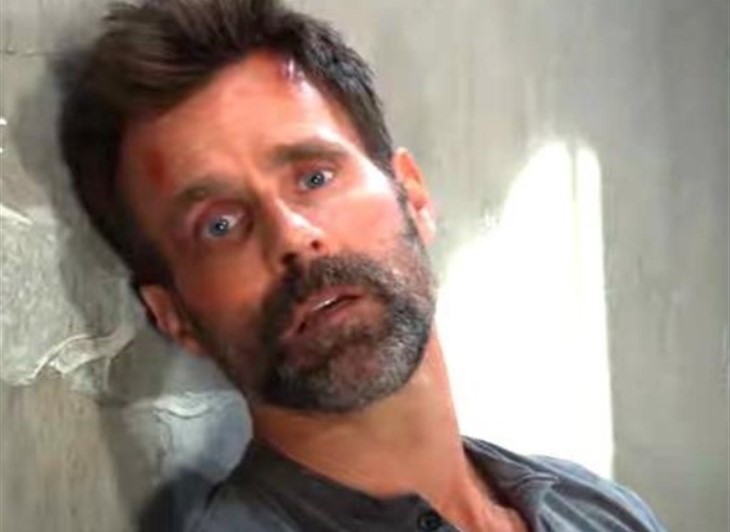 General Hospital (GH) spoilers reveal Drew Cain coming across a familiar face in his longtime prison when Liesl Obrecht lands there as well.

General Hospital Spoilers – What Does Victor Cassadine Do?

Liesl (Kathleen Gati) thought she had it bad in her luxury prison with silk pajamas and servants to give her whatever she wanted — except her freedom. She was not happy to have to deal with Victor Cassadine (Charles Shaughnessy) again in her life and clearly, something goes wrong when she has that knife at his throat because he throws her into that horrible, deathly looking prison that Drew Cain (Cameron Mathison) has been in all this time.

Both Liesl and Drew are shocked to see one another and Drew isn’t sure he can trust her. What if she is there as a truck and a plot. After being locked up for so long, he doesn’t know what to think anymore, but at least Liesl has some answers.

She tells him that it’s both Victor and Peter August who were responsible for that plane crash that led his loved ones to think he is dead and things finally start to make sense for Drew. He spent all this time not sure why he was locked up but he is aware that it was Peter (Wes Ramsey) and Helena Cassadine (Constance Towers) who were responsible for him disappearing the first time while he was still a Navy SEAL. So, of course, Peter and a Cassadine had to be responsible for this too. (We also wonder if Liels bothers telling him that his good buddy Franco is dead — all because of that horrible, horrible Peter August).

Despite the fact that Liesl might not have been his favorite person back in Port Charles, Drew is relieved to have someone from home there to give him intel. It’s the first familiar face he has seen in more than two years so it’s good to have an ally.

And it looks like that’s exactly what Drew and Liesl are about to become — allies ready to team up and get themselves and each other out of this mess because they definitely have a lot of unfinished business in Port Charles. Stay tuned to General Hospital weekdays to see how this story plays out. Check back here for more GH spoilers and soap opera updates.