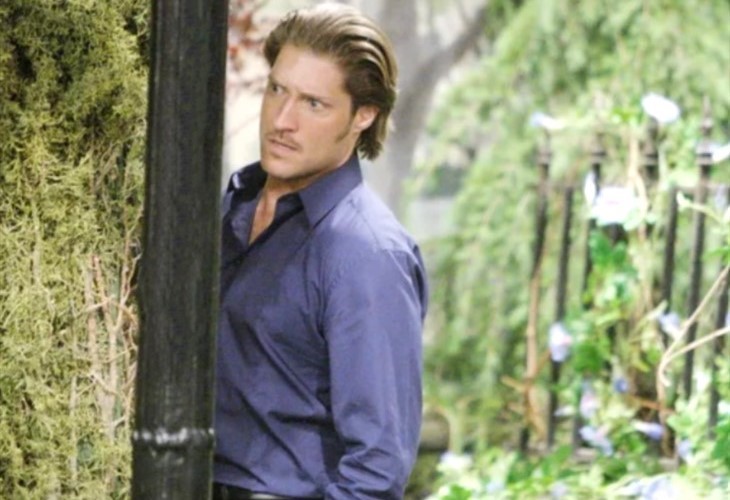 The Bold and the Beautiful (B&B) spoilers for Thursday, October 7, 2021 reveal a shakeup for your favorites when someone we haven’t seen in quite a few years makes his return.

The Bold And The Beautiful Spoilers – Hope’s Daddy Comes Home?

B&B teasers indicate the return of an old fan favorite on Thursday and with the news that Sean Kanan will be back at Deacon Sharpe any day, it looks like that day is coming sooner rather than later.

Quinn Fuller (Rena Sofer) pushed Deacon off a cliff in 2016 after he learned she had been pretending to be Liam’s wife and keeping him away from Steffy when he had amnesia. But we knew that couldn’t be the last we saw of Deacon. However, it’s still been a while since he’s made his presence known and when he returns, he’s slated to cause trouble with Sheila Carter (Kimberlin Brown).

Will Sheila and Deacon team up to break up Finn (Tanner Novlan) and Steffy (Jacqueline MacInnes Wood)? What would Deacon’s motive be here considering his daughter is happy with Liam? Since Deacon always wants to cause a ruckus, it could be anything. This will also mean a much-needed shakeup for Brooke (Katherine Kelly Lang) and Ridge Forrester’s (Thorsten Kaye) marriage. They have been happy for more than a year now so Deacon will be a needed distraction for Brooke, who always needs to be distracted.

Apparently, that trip to Dodger Stadium where Paris Buckingham (Diamond White) sang the National Anthem did the trick for Zende Forrester (Delon De Metz). He is all over the fact that Paris spent weeks talking about nobody but Finn and paying Zende no attention at all. Now, Zende wants to take their relationship to the next level, but how will Paris feel about this?

Yes, she made sure to move out of Finn and Steffy’s house when she started having those fantasies, but she was also just making eyes at Thomas Forrester and singing his praises. Paris just can’t seem to make up her mind about men or anything. Maybe Zoe (Kiara Barnes) was right about her sister being a troublemaker all along. Is she about to break Zende’s heart once again? Stay tuned to The Bold and the Beautiful weekdays to see how these stories play out.