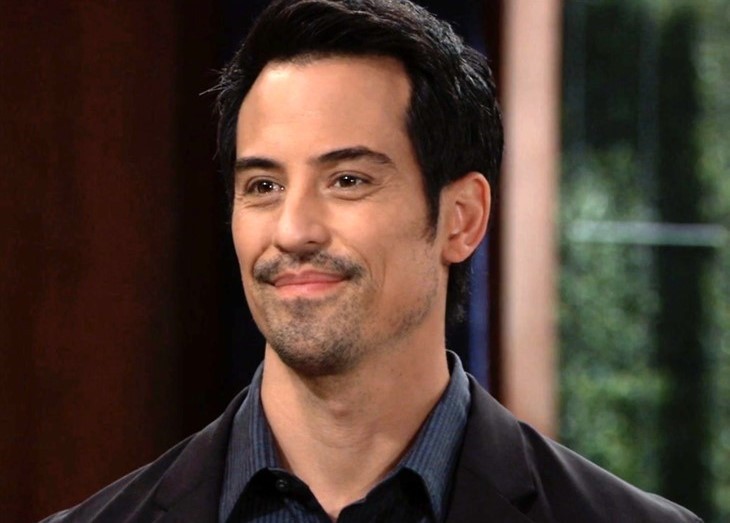 GH spoilers show Ava has been moving slowly in her efforts to leave Port Charles while several people are trying to find ways to keep her in town. Joslyn, Trina, and Cam are working together to catch her stalker and now Nikolas will make a last-ditch effort to get her to stay.

Trina Robinson (Sydney Makayla) told Joslyn Jax and Cameron Weber (Will Lipton) of her suspicions that Spencer Cassadine (Nicholas Alexander Chaves) and Esme Prince (Avery Kristen Pohl) were working together to keep Nava apart. Nikolas Cassadine (Marcus Columbo) does not know any of this but General Hospital spoilers say he will be desperate to keep his wife in Port Charles.

GH Spoilers – Ava Jerome-Cassadine Will Not Be In Agreement

General Hospital spoilers indicate that Nikolas will decide there is only one way to ensure that Ava Jerome’s (Maura West) remains safe but Ava will not like the solution her hubby chooses. The Cassadine prince will take an extreme action while Trina is trying to see that Ava has her happily ever after, and Esme is planning a way to cover her tracks and perhaps pin everything on “Spence.”

Spoilers don’t give details of the plan Nikolas will set in motion or whether or not it works. What is known is that Spencer will soon land in jail and his father will be destroyed when he finds out he was right about his son being the stalker. He will need his estranged wife to help him pick up the pieces.

GH Spoilers – Time Is Running Out

Nikolas doesn’t have much time to change Ava’s mind because she is adamant about being more than ready to leave Port Charles. Whatever extreme plan Prince Nik is working on had better be good if he wants to keep his princess in town on General Hospital.