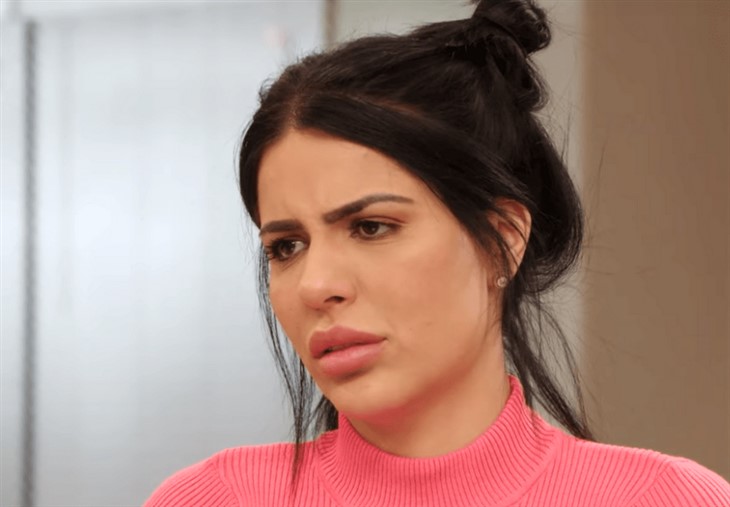 90 Day Fiance alum Larissa Dos Santos Lima recently returned to the dating scene and she’s not satisfied so far. The ex-wife of Colt Johnson opened up about her experiences dating men, particularly from the Las Vegas area.

In a lengthy Instagram post, Larissa revealed she’s been trying the dating scene in Las Vegas and she finds it unimpressive. The 90 Day Fiance star said she’s “grossed out” by the men she’s dated around the area, calling them cheap.

“Men aren’t willing to go to Chipotle even you clearly tell them you will pay yours,” Larissa ranted. “I’m giving a Chipotle example cause it’s easy to assimilate how cheap it is.”

Larissa Dos Santos Lima pointed out that she’s not getting these bad dates because of her image. The 90 Day Fiance star said there are a lot of women far worse than her.

“Please don’t come to tell me that is because of my photos,” Larissa said. “I’m a saint in Las Vegas. Men here have fetishes for all kinds of things that I won’t address because I respect everyone’s choices in life.”

Larissa Dos Santos Lima made headlines for her ever-changing appearance. The 90 Day Fiance star looks completely different now compared to the time she debuted on the show.

Larissa has done many surgeries on her face and body. Her notable enhancement is her breast augmentation. The reality star opted for 1500 cc saline implants on her bosom, giving her a massive chest area.

It doesn’t look like she’ll settle for it. Larissa recently expressed interest in getting more breast implants, pumping it up to 2500 cc.

Aside from breast augmentation, the 90 Day Fiance star has also done countless botox and lip fillers procedures. She even got herself fake abs, which many find ridiculous.

Despite the mockery and criticism she gets from her looks, Larissa Dos Santos Lima is very proud of it. The reality star doesn’t seem to mind all the hateful comments thrown at her and even takes it as a motivation to continue doing her thing.