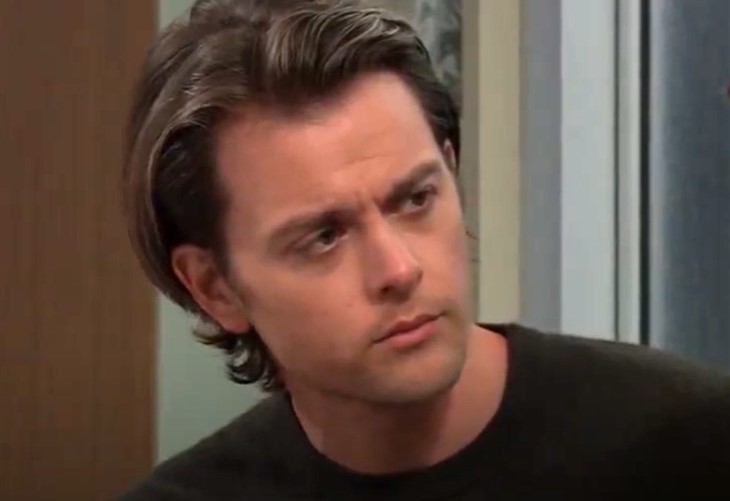 General Hospital Spoilers And Rumors – Michael Knows Selina Wu And Sonny Corinthos Had A Deal, But Not The Whole Story

General Hospital viewers will recall that Selina Wu (Lydia Look) and Sonny had a deal – that if Brad got parole, none of the Corinthos family would retaliate against him. Michael knew that part but not the whole story. General Hospital viewers will recall that Michael was livid when he saw Brad and Selina at a table in the Metro Court, his mother’s restaurant, along with Britt Westbourne (Kelly Thiebaud) who Selina also did not appreciate being there.

Selina obviously has the addition of Brad to the Wu Family mob in her mind for Brad, because she felt that Britt would be a “bad influence” – meaning a good influence. Michael took Brad aside and said if he came anywhere near Wiley Corinthos (Kyler and Caleb Ends) he would end him! Then he came back and talked to Selina – and told her he knew that she and Sonny had a deal but he didn’t feel it applied to keeping Brad away from his family, and that Sonny could have blocked the parole board if he wanted to!

General Hospital viewers saw in that episode how much rage that Michael has against Brad, and seemed to have against Selina as well! General Hospital viewers can also expect that after mentioning that Sonny could have blocked the parole, Michael will begin to wonder why he didn’t! As a member not only of the Corinthos family but of the Quartermaine family by birth, Michael has some strings to pull of his own – and he will want to know why Sonny didn’t block the parole.

Of course, General Hospital viewers will remember it was because Sonny went to Selina to put a hit out on Peter August (Wes Ramsey) and she wanted Brad’s freedom in exchange, and it’s a good bet that Selina used Brad while still in Pentonville Prison to carry out the hit! Brad was the one who brought the breakfast tray to Peter and the one who took it away – although, of course, Selina may have the prison guard that accompanied him to and from Peter’s cell in her pocket as well. Still, Brad knew which tray to give Peter, or there would have been more than one prisoner poisoned that day!

General Hospital viewers will recall that Sonny had called someone in his pocket on the parole board to ensure that Brad would be released from Pentonville Prison. Michael has his sources, but they won’t be able to tell him the reason that Sonny ordered his release.

Michael will suspect it has something to do with a deal with Selina Wu, and if he knew the whole story he may understand his reasoning but he’ll still be livid! Longtime General Hospital viewers will recall how angry Michael was when he found out that Sonny shot and killed his birth father, AJ Quartermaine (Sean Kanan) a few years ago when Michael was just starting to build a relationship back with him. Of course, there was also a backstory to that which Michael never knew – and that was Ava Cassadine, then Ava Jerome (Maura West) who was behind that.

Longtime General Hospital viewers will recall that Sonny’s fiancée at the time, Kate Howard (Kelly Sullivan) had figured out that the newly arrived to Port Charles “Derek Wells” was really Julian Jerome, (William DeVry) freshly out of witness protection where he’d been for many years! Ava had to protect Julian’s secret and shot Kate, who as she lay dying had scrawled the initials “AJ” in her own blood on the floor.

Ava then manipulated Sonny into believing AJ Quartermaine was the murderer, and when Michael found out he turned his back on Sonny and disowned him! He even went back to “Quartermaine” from “Corinthos”! General Hospital viewers can expect a very similar reaction when he finds out that Sonny was behind Brad’s having been paroled!