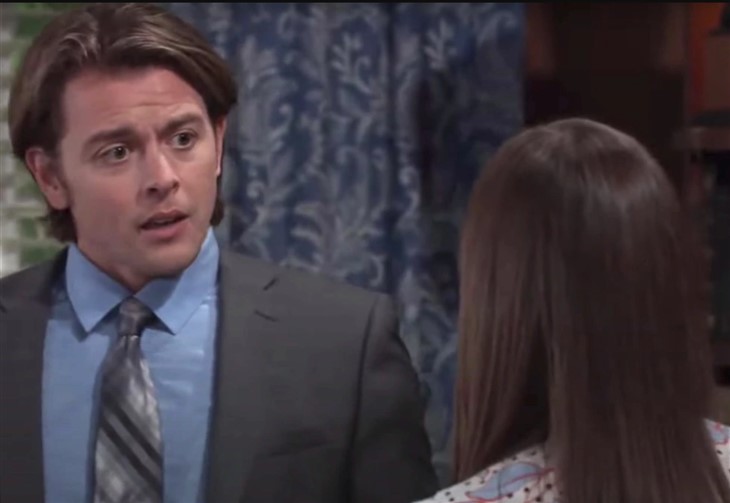 General Hospital spoilers indicate that Nina Reeves (Cynthia Watros) will bump into Willow Tait (Katelyn MacMullen) and Wiley Corinthos (Caleb and Kyler Ends). Will Willow walk away or give Nina time with Wiley?

General Hospital spoilers show Willow knows that Michael wants Nina nowhere near Wiley at all. Michael is furious other Nina keeping Sonny from his family for nine months. Nina could have contacted Carly Corinthos (Laura Wright) at any time. Nina visited Michael’s home while hiding Sonny and could have told him. Nina could have told local law enforcement the truth about Sonny’s identity.

Michael knows that Nina kept this secret to hurt his family and feels that she betrayed him since he has allowed her around his son. After all, Nina has no rights to Wiley. Nina has never tried for any type of custody or visitation rights. The only reason Nina has seen Wiley is that Michael has been nice enough to allow it. Now Michael feels betrayed and is determined to get rid of Nina immediately. Will Michael get his wish?

General Hospital’s Willow likes Nina and sympathizes with her. Nina talked to Willow while she was waiting for Michael to return after Nelle Benson (Chloe Lanier) kidnapped him. Willow also knows that in New York Nina could sue for visitation because of grandparents’ rights. Michael cannot control what happens in those visits and Willow doesn’t want them allowed. Nina has already told Wiley that Willow is not his real mother. What other damaging information could Nina provide that would hurt his son? Could Nina even use Sonny’s business to try to take Wiley from Michael?

General Hospital recaps indicate Willow knows how Michael feels but they have not discussed what to do in this situation. Willow will make the decision that she feels is right but that does not mean that Michael will agree. Michael and Willow need to discuss what to do in each situation so that Wiley is protected and that he is kept safe. Michael also wants Wiley kept away from Nina