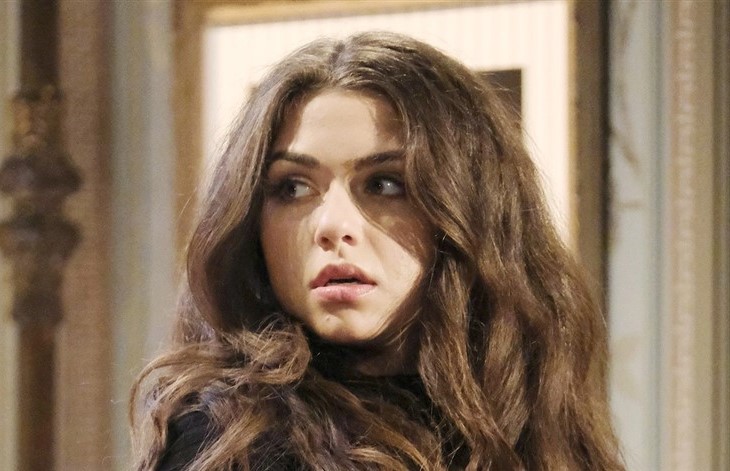 Days of Our Lives spoilers for the next two weeks reveal Salem will see a lot of action. From November 22 to December 3, fans will meet a mystery hiker while Brady Black (Eric Martsolf) is attacked. Plus, there will be three escapes while a fourth will attempt to break free of their imprisonment. Keep reading to get all the juicy details!

DOOL spoilers reveal that there won’t be just one Thanksgiving dinner crashed, but two! Tony DiMera (Thaao Penghlis), Anna DiMera (Leann Hunley) and EJ DiMera (Dan Feuerriegel) will all be enjoying a quiet turkey dinner. Suddenly, chaos erupts but who could it be? This could be connected to the spoiler that Tony and Anna find out that Marlena Evans (Deidre Hall) is possessed by the devil.

Meanwhile, Julie Williams (Susan Seaforth Hayes) and Doug Williams (Bill Hayes) will be reunited. However, it is bittersweet and brief. Doug is so heavily medicated that he cannot communicate, so don’t count on him telling the truth about Marlena. Then, “MarDevil” crashes the dinner right when Julie is making a toast to drag Doug back to Bayview. Don’t expect Julie to stand for this as it’s teased she has an intense confrontation with Marlena.

Two of the escapes are Susan Banks (Stacy Haiduk) and John Black (Drake Hogestyn). Susan does the unexpected to save both John and EJ. Susan is ordered to kill John and if she doesn’t then EJ will die, which prompts the psychic to take drastic action!

It is also teased that Johnny DiMera (Carson Boatman) gives Steve “Patch” Johnson (Stephen Nichols) information that leads him to the DiMera crypt. Steve uses a shovel to break in and Susan is hospitalized. Plus, John goes looking for Marlena, so that indicates both of them escape the crypt.

Days of Our Lives spoilers for the week of November 29 reveal that Brady will get attacked. Of course, the easy speculation is that Philip Kiriakis (Jay Kenneth Johnson) is responsible. However, that is way too easy for a soap. We expect a twist to this story, especially since Jake DiMera (Brandon Barash) and Gabi Hernandez (Camila Banus) still have that threatening email Philip wrote.

Fans can also expect Philip to try and trick Chloe Lane (Nadia Bjorlin) into confessing to sleeping with Brady. The only thing is that Chloe is innocent. The conversation that Philip heard wasn’t about Brady and Chloe on the conference table, but Rafe Hernandez (Galen Gering) and Nicole Walker (Arianne Zucker). So, expect that steamy “Racole” secret to get back to Ava Vitali (Tamara Braun)!

As for the two other escape storylines, one is Sami DiMera (Alison Sweeney), who will make an attempt to break free of her imprisonment. The other is Kristen DiMera (Stacy Haiduk), who actually does break out of jail thanks to two accomplices. We know that Gwen Rizczech (Emily O’Brien) and Ava become “uneasy allies,” so they probably work together on the prison escape plan.

Plus, Ciara Brady Weston (Victoria Konefal) goes on a secluded trip with Marlena and discovers shocking information. This might be tied to the mystery hiker, who could be the angel Gabe (Mark Colson).