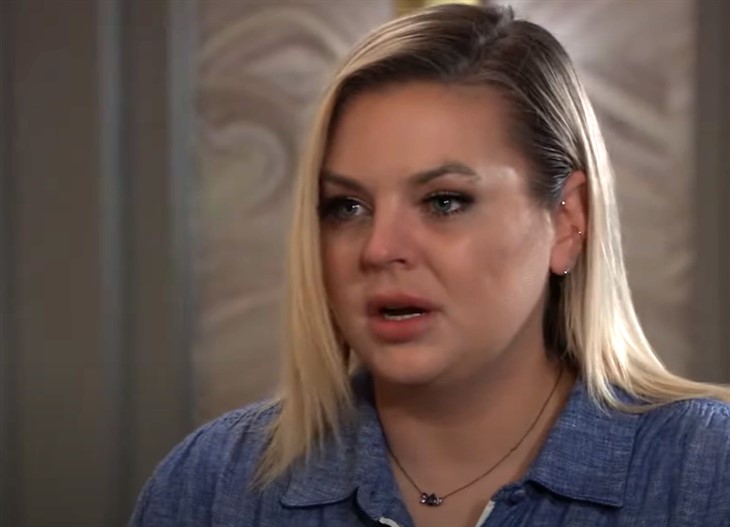 General Hospital (GH) spoilers tease that Maxie Jones (Kirsten Storms) has been worried that Gladys Corbin (Bonnie Burroughs) would reveal to Valentin Cassadine (James Patrick Stuart) that he isn’t the father of Brook Lynn Quartermaine’s (Amanda Setton). Gladys believed that Brook Lynn was lying to Valentin for selfish purposes. But that truth is far more complicated.

Gladys would he shocked to hear that not only is Valentin not the father of Brook Lynn’s baby, but Brook Lynn didn’t have a baby at all. The baby that Brook Lynn is passing off as her own is actually Maxie’s baby. Maxie let Brook Lynn take her baby in order to protect the child from the baby’s father, Peter August (Wes Ramsey). But thank to Gladys’ not so subtle hints, Valentin figured out the truth which Brook Lynn sadly confirmed.. Surprisingly, Harrison Chase has figured out that Brook Lynn and Maxie took have gone to great lengths to hide exactly what happened the night Maxie gave birth. Boy ;ppl

General Hospital Spoilers – Maxie Jones will be shocked at what Harrison Chase does next!, It seems just as Brook Lynn told Valentin he wasn’t the father of her child, Chase will make it known that he is the father of Brook Lynn’s baby, not Valentin. But as happy as Maxie is she will wonder if Chase is really capable of lying on that scale, no matter how honorable. But Chase knows as well as anyone that Peter should be kept far away from Maxie and her baby,

Will Peter finally be caught on Cassadine Island? Will anyone believe that Chase is the father of Brook Lynn’s baby? Can Chase maintain the lie? Or will he back out of the scheme? Anything can happen in Port Charles so stay tuned to General Hospital airing weekdays on ABC. And don’t forget to check back right here regularly for all your General Hospital news, information and spoilers!