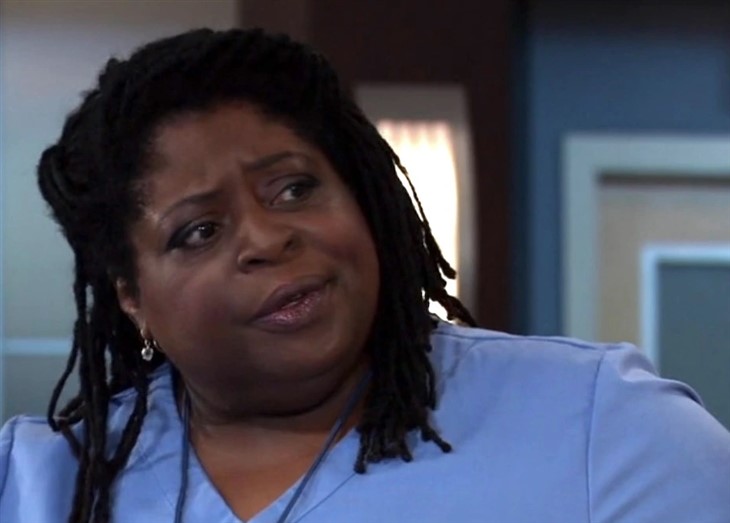 General Hospital (GH) spoilers tease that viewers have gotten to know Epiphany Jones (Sonja Eddy) very well over the years, but very soon it will be revealed that she actually has a sister that she hasn’t spoken to for years. Viewers will recall that Phyllis Caulfield (Joyce Guy) recently moved to Port Charles after losing both her business and her husband. With nothing left for her in Nixon Falls, she agreed to run Charley’s for her good friend Sonny Corinthos (Maurice Bernard). She was also Nina Reeves’ nurse for a large part of the time Nina was comatose. Nina sought her out eventually the two immediately bonded. And now that Nina and Sonny have returned to Port Charles, she was happy to make a change. But Phyllis will soon learn that the past always catches up.

So while Phyllis is working on finding her groove at Charley’s, she has both Sonny and Nina Reeves (Cynthia Watros) for support. But Phyllis will eventually expand her social circle, but she will be shocked when she eventually does encounter another familiar face. Phyllis has talked before about the fact that she has family out there that she is estranged from but she will be shocked when she comes face to face with her long lost sister, Epiphany. After the shock wears off, there may be some harsh words exchanged. Both Phyllis and Epiphany will acknowledge that there may not be a reconciliation anytime soon, if ever.

GH Spoilers – Marshall Gossett Will Get Caught In Middle!

Marshall Ashford (Roger Gossett) recently met Epiphany at General Hospital when he volunteered his musical talents to provide live holiday music for the patients of the hospital. Marshall convinced Epiphany to go against tradition and provide her beautiful voice along with Marshall’s music. The two will continue to run into each other and will become very close, perhaps even romantic. But Marshall and Phyllis will also meet. Phyllis just lost her husband, and has uprooted her entire life. Epiphany may get a bit jealous which will lead to both women getting everything out in the open. Marshall may be the one who brings two sisters back together after decades of estrangement.