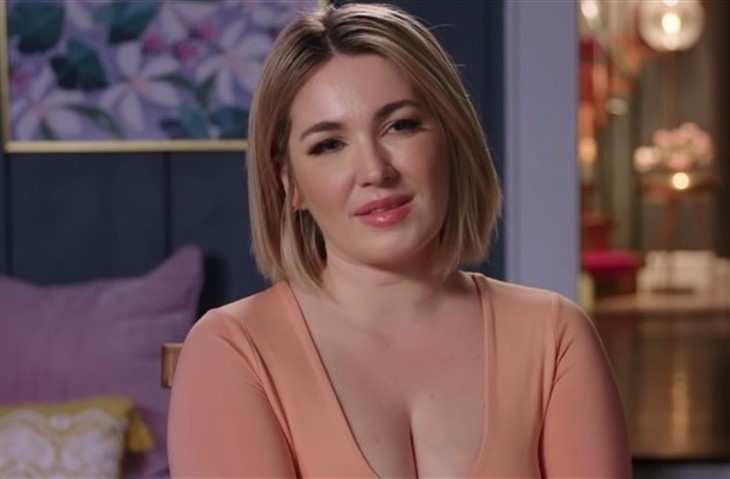 The “90 Day Fiancé” star Stephanie Matto has revealed that everyone who joins the TLC show is in it for fame, and not for fun.

Matto appeared to be bisexual when she joined Season 4 of “90 Day Fiance: Before the 90 Days” and got linked to Erika Owens but ended up being criticized by the avid viewers of the show claiming that she was just pretending with her sexuality.

During her conversation with Domenick Nati on her Instagram live, Stephanie declared the real score between her and Erika during “90 Day” saying that they truly care for each other but their relationship wasn’t serious.

She claimed that nobody joined the show “for fun” and to “share their love story with the world and get torn apart by the minions of Reddit” but is in it to be famous: “Was it an opportunity? Yes, just like it is for everyone,” she said.

The New Yorker admitted that she and Erika both joined the show for “business intentions” and it seems like they have succeeded with their plans, for they both excel in their careers “especially” Erika.

Though some fans disagreed with the idea of using the show as an opportunity to be famous, it was obvious that most of the cast members of the TLC show were successfully followed on their social media accounts and were supported for their businesses.

The “90 Day” alum Stephanie Matto was pleased when her new and unusual business venture was mentioned in “The Daily Show.”

After her appearance in the TLC show, Matto started to create an adult content platform called “Unflitrd” featuring the success of her “90 Day” co-stars, which became her inspiration to start her business.

Stephanie became controversial when she started selling her farts in a jar and when she declared her engagement with fellow “90 Day” YouTuber Nik Stone. She also mentioned her love for baking shows and being an author to a published book titled “Mean Boys & Memories: A Compilation of My Most Outrageous, Hideous, and Embarrassing Stories.”

The TLC star shared a video of Trevor Noah on her Instagram story saying, “Props to her for making that money. I guess if everyone [sold farts], we could solve climate change.” She captioned the story with, “Glad I could be an inspiration to thousands.”