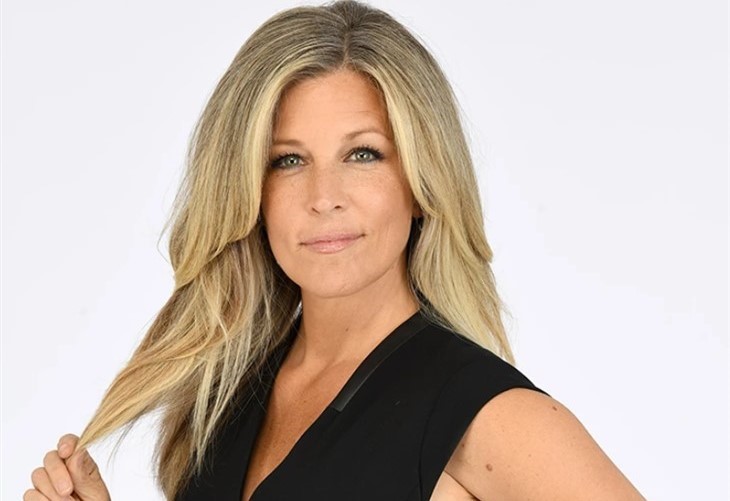 General Hospital (GH) spoilers and updates tease that Laura Wright’s alter ego, Carly Corinthos will officially become Carly Corinthos Morgan soon. The actress hinted that her character will exchange wedding vows with Jason Morgan (Steve Burton). But will their mob wedding end successfully? Or is there something bad waiting to happen?

Wright explained that Carly’s fears were finally put to rest after having a serious and honest conversation with Jason. At that time, it finally sank in that they’re getting married. She’s letting herself be happy with her upcoming nuptials. She doesn’t want to think that it’s too early for her to remarry.

The actress added that Carly is relying on her team to make sure the wedding succeeds. They’ve upped their security and everything’s in place for their big day.

GH Spoilers – Will Sonny Corintos Appear During Their Wedding?

But things won’t be smooth sailing as she expected. Aside from the brewing mafia tension, Carly won’t be happy because she’ll eventually discover that her late husband, Sonny, isn’t dead after all. With all the spoilers out there, fans are starting to wonder if Sonny will return just in time for Carly and Jason’s wedding.

“This is what you’ve been waiting for. Every long soap storyline has its climax and it has a huge explosion ending. This is it!” she continued.

But not all fans were happy with her new storyline. The actress knows that but she wished that viewers will keep an open mind. In an interview with Maurice Benard on his State of Mind show, the actress opened up about it.

Wright said that many people are “not kindly freaking out about the Carly-Jason thing.” However, she also suggested that fast-forwarding was to blame since viewers were unable to see how their relationship grew. She may have called for fans to keep an open mind but many of them just want this storyline to wrap up right away.

For now, Carly and Jason will be busy making the final preparations for their wedding. As for Sonny Corinthos (Maurice Benard), he’ll be risking his life as The Tan-O bar catches fire. He’ll decide to rush inside the bar even if it’s on fire just to save Nina Reeves (Cynthia Watros) and Phyllis Caulfield (Joyce Guy).