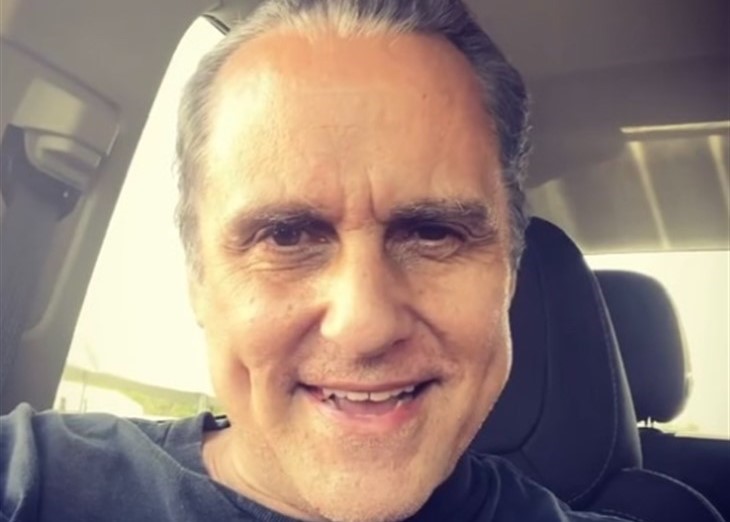 General Hospital (GH) spoilers tease star Maurice Benard (Sonny Corinthos) might play one of the toughest mob bosses on daytime television, but when it comes to his family, he can’t help but get weak in the knees. The soap star recently shared his heartfelt reaction to his daughter’s marriage proposal and says that he was so overwhelmed with emotion, that he couldn’t help “crying like a baby.” Here’s what you need to know.

Maurice recently revealed to his fans that he is headed to his daughter Cailey’s wedding ceremony this weekend. Even though Cailey and her husband Carlos first got married last summer, they couldn’t have the big wedding that they wanted because of the Covid-19 pandemic. That’s why they’ve decided to celebrate once more with all of their friends and family present, especially now that many of them have gotten their Covid-19 vaccines.

The actor recently recalled the moment when Carlos first proposed to Cailey at Disney World. Maurice said that the moment felt so special that he “fell to his knees” and was “crying like a baby.”

If that weren’t enough, Maurice says that his wife Paula “walked off for whatever reason” and that their son Joshua ran, yelling, “Dad’s having a nervous breakdown.” Maurice also got choked up while telling the story on Instagram.

GH News – Maurice Is Headed To His Daughter’s Wedding

The handsome actor also said that he hopes he doesn’t “fall again” during his daughter’s ceremony. Clearly, Maurice loves his family very much and isn’t afraid to tell the world about it, too. But then again there’s no doubt in anyone’s mind that his alter-ego Sonny Corinthos would do just about anything for his family too and has even made it his life-long mission to protect them at all costs in the fictional town of Port Charles that they live in. It’s no wonder that so many people love Maurice both on and off-screen – he truly is one of a kind! Do you agree?