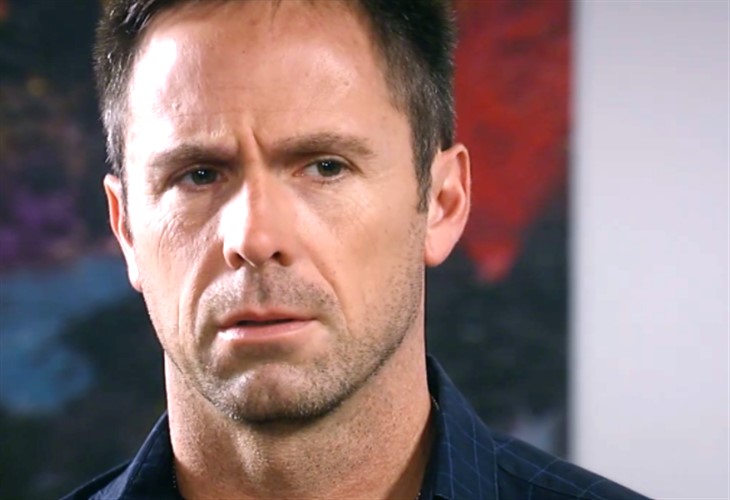 General Hospital (GH) spoilers show Julian Jerome (William deVry) has burned his last bridge with his sister Ava Cassadine (Maura West). Julian has both Sonny Corinthos (Maurice Benard) and Cyrus Renault (Jeff Kober) searching for him. Ava’s husband Nikolas Cassadine (Marcus Coloma) has offered to get Julian out of the country and set him up with a new identity. Once Julian disappears, will Ava even know if Nik helped him or if an enemy took him out?

General Hospital’s Ava is completely fed up with Julian. Julian has tried to destroy her marriage. Julian is at risk of losing all contact with her daughter. Julian has killed innocent people. The devastation that her brother has caused has yet to be completely discovered.

Killin Dev Cerci (Ashton Arbab) and putting Lulu Spencer (Emme Rylan) in a coma, one that she may not survive, is a death warrant for Julian. This doesn’t even include the fact that Sonny just found out about Julian’s involvement in his grandson’s kidnapping. Ava has already told Julian that she should let things go and let Sonny exact his revenge. Ava wants Julian gone and has demanded he be gone by dawn. Where will Julian be when a new day dawns?

General Hospital’s Nik is at the hospital with his half-sister Lulu Spencer (Emme Rylan). Nik has just learned that his sister is in a coma and may not come out of it. Nik will want answers to who caused Lulu’s injuries, but he is also likely to want to be with his wife. Nik has no idea that Julian is on the island because Ava didn’t alert him to that fact.

Nik cannot know that Julian is behind the explosion, or he would turn him in himself. Could Nik come home to find Julian and take him up on his offer to get him out of town? Perhaps Nik and Julian will decide not to tell Ava the details before Nik help him leave the country. Nik may think that the less Ava knows the less she has to lie to Sonny to cover for her brother. If Nik helps Julian to disappear without Ava’s knowledge, she can truly say she has no idea what happened to him. This could certainly work in Ava’s favor if she could say she had no idea what happened to her brother.

Will Julian disappear or will one of his enemies find him before he can get out of town. Will Julian be buried in the pine barrens or will his body be left as a statement for anyone who crosses Cyrus? Will Ava ever know what happened to her brother?

Days Of Our Lives Spoilers: Will Sonny And Will Be In Christmas Episode? Freddie Smith Reveals The Answer