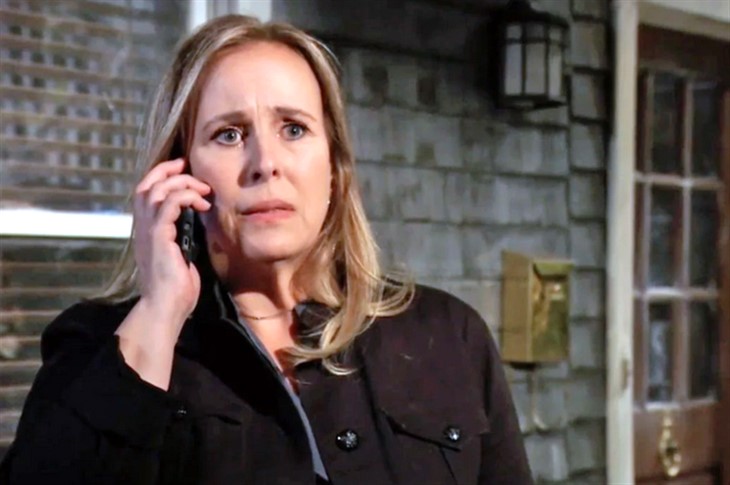 General Hospital Spoilers tease that Spencer Cassadine (Nicholas Chavez) is about to face the music. Ever since last Valentine’s Day, Ava Jerome (Maura West) and Nicholas Cassadine (Marcus Coloma) have been terrorized by a mysterious stalker that seemed intent on breaking up their marriage.

As the stalker’s little tricks grew more and more dangerous, Ava began to take it more seriously. She filed for divorce and was prepared to leave Port Charles, and Nikolas, when the stalker was finally revealed as Spencer. Repercussions will begin to come fast and furious.

General Hospital Spoilers – Spencer Cassadine will face the consequences of his actions.

General Hospital spoilers show Spencer has already been kicked out of Wyndemere and his father’s life. Criminal charges are still pending but seem likely at this point. But once Laura Collins (Genie Francis) returns home, Spencer may face his toughest punishment yet. Laura witnessed first-hand the fear Ava exhibited when she believed her child’s life was in danger. After the death of her other daughter, Kiki Jerome (Hayley Erin) at the hands of Ryan Chamberlain (Jon Lindstrom) , Ava was scared to death that history would repeat itself. That kind of pain will be difficult for Ava to process, and she will want Spencer to face the consequences.

But although Laura may be all for consequences for Spencer’s actions, she won’t agree with Nikolas’ decision to cut Spencer out of his life. Spencer already lost three years when Nikolas pretended to be dead all that time. All Laura will want is for them to be able to reconcile and be a family at last. As mayor, Laura will have to recuse herself from Spencer’s criminal charges, but she will still want everyone to eventually reconcile.

Nikolas and Spencer have a long road to go before any type of reconciliation can occur on General Hospital. Ava will also have to get past her feelings about what Spencer did to her. Laura will have to bide her time until all of the anger begins to pass, but hopefully she can bring her family back together.!

Will Spencer be punished for his actions? How will Laura respond to what Spencer has done? Can she bring this family together or is it far too late? Anything can happen in Port Charles so stay tuned to General Hospital airing weekdays on ABC. And don’t forget to check back right here regularly for all your General Hospital news, information and spoilers!