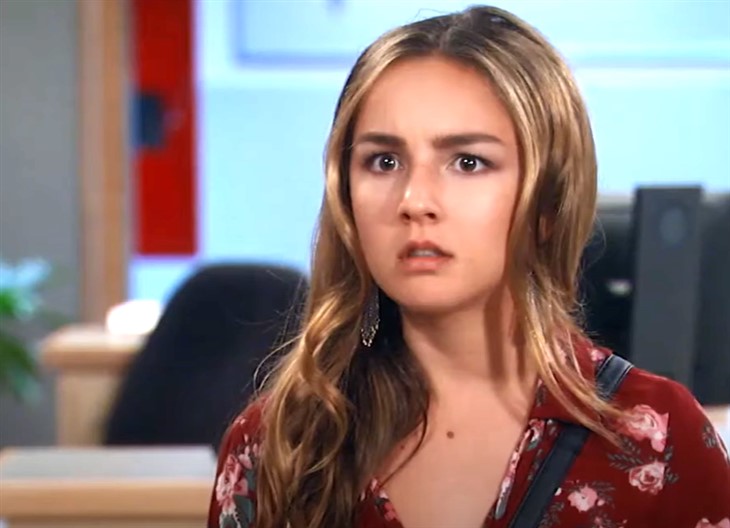 General Hospital (GH) spoilers and updates reveals both of her parents as well as her half-sister Avery’s mom, are dealing with traumatic situations. Ms. Corinthos Davis will find herself in the middle of all of their problems.

GH spoilers say that a familiar face will be soon be back in Port Charles. Kristina Corinthos Davis (Lexi Ainsworth) returns to the ABC soap just in time for family drama on every side. Ava Jerome (Maura West) wants to leave town to escape her stalker. She might ask Kristina to manage Charlie’s pub while she is away or perhaps gives her the deed to the establishment.

In the meantime Kristina’s dad Sonny Corinthos (Maurice Benard will return from the dead and reveal that he had amnesia and that Nina Reeves (Cynthia Wartros) kept his true identity from him. Sonny’s “widow” Carly Corinthos (Laura Wright) just married Jason Morgan (Steve Burton) and Kristina who has not been around may have a lot to say regarding her father’s return, Nina’s manipulation, and the Jarly nuptials.

Kristina will naturally find time to visit her mom Alexis Davis (Nancy Lee Grahn) who is serving time in prison. Alexis is getting mixed up with Harmony Miller (Inga Cadranel) and Ryan Chamberlain (John Lindstrom) so Molly will probably visit and try to keep an eye on her.

Spoilers indicate that a mob war may break out in Port Charles now that Sonny has returned. The possible deaths of two of the heads of the five families due to a car bomb will certainly escalate the violence. This puts everyone near and dear to Sonny in jeopardy. Kristina will show up just as everyone is in crisis mode and she will be in the middle of all of the drama.