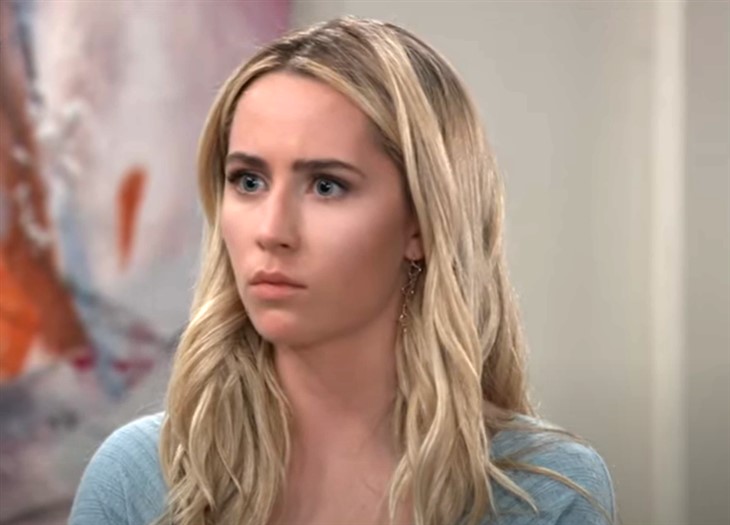 General Hospital spoilers suggest that Josslyn Jacks (Eden McCoy) is about to get a new boyfriend now that she’s gone off to college. Is Josslyn’s new guy on the up and up or is he a plant from a rival mob syndicate?

General Hospital rumors suggest that Cameron Webber (William Lipton) is about to be seduced by Esme Prince (Avery Kristen Pohl). Esme will likely find out that Cameron and Josslyn haven’t had sex and will push Cameron to remedy the situation. However, Joss doesn’t want to be rushed and will probably back away instead of sleeping with Cameron.

Esme has Cameron fooled into believing she is his friend and wants to be there for him. Cameron may lean on Esme and end up sleeping with her. If this happens, it could open up the road from Trina Robinson (Sydney Mikayla) and Spencer Cassadine (Nicholas Chavez). However, it is going to push Jocelyn into finding another man to lean on, who is he?

General Hospital spoilers indicate Josslyn will be heartbroken over Cameron’s betrayal. Josslyn could be sorry that she has spent any time as Cameron’s girlfriend at all and wants to be appreciated for herself and wants her boyfriend to be true to her. Joss has already lost one boyfriend to cancer, now another one has cheated on her with a girl she had warned him about time and again. Is Josslyn ready to walk away after Cameron cheats with Esme?

A new man approaches General Hospital’s Josslyn. Once Josslyn returns to campus her friends will likely learn about her breakup with Cameron. Some friends may truly want to offer Josslyn support. However, Cyrus Renault (Jeff Kober) has the family under attack again as well.

Will Cyrus send someone to Josslyn’s school to befriend and possibly even sleep with her? Cyrus has insinuated himself in every aspect of Sonny’s life. Going after Josslyn would not be beyond Cyrus at all. Will Joss fall for a plant or is this a truly good man who deserves her love and affection?

Rumors suggest that this new guy is being cast for Josslyn’s boyfriend. Will she connect with a new man in a way she couldn’t with her childhood friend? Perhaps a new man is exactly what she needs to move past the hurt of recent days.