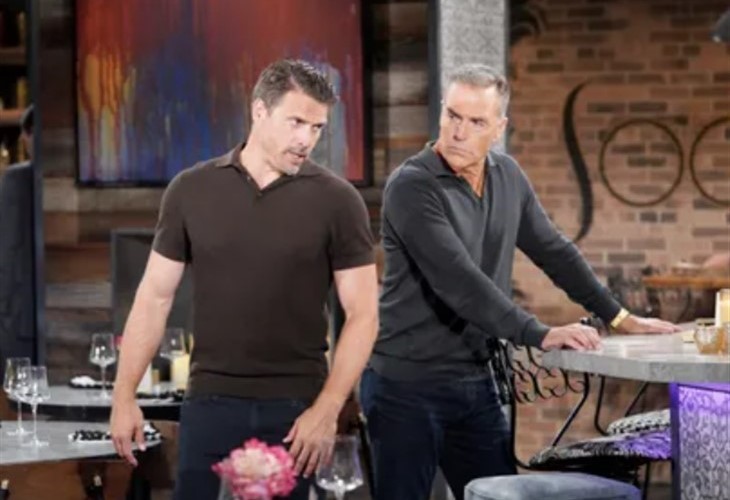 Viewers of The Young and The Restless will recall that Nick hasn’t trusted Ashland as far as he could throw him! It had been Nick who traveled to New Jersey to find out about Locke’s past, and he had been the one who discovered that “Ashland Locke” wasn’t even his real name – or his real identity. He was really Bobby DeFranco, and the real Ashland Locke had been his friend as a teenager.

Locke had admitted everything to Victoria Newman-Locke (Amelia Heinle) as well as Victor Newman (Eric Braeden) which normally, a guilty person would likely not have done. But Nick maintained the only reason Locke came clean is because he was about to get caught – a teenage Bobby DeFranco had stolen his young friend’s identity after they were involved in a car crash.

The Young and The Restless fans may have wondered if the teen was even dead in the car when DeFranco stole his wallet and left his in place, but then the car did catch fire – but was that even an accident? Nick had remained super-suspicious and drove a wedge between himself and his sister for his protection of her!

Nick was disinvited to the wedding but allowed to stand in view in the wedding venue, and Victoria and he had at least gotten back on speaking terms. Now Nick wants to clear the air with Locke, and he goes to Newman Enterprises to do so. Locke thanks him for coming – and wants to clear the air with Nick too, although Nick doesn’t exactly look amenable. He brings up Victoria, and Nick shuts him down immediately.

Locke reminds Nick they are family now, and says his family means a lot to him and he wants the tension between them to cease. Nick doesn’t back down that easily, and Nick tells him that won’t change his opinion of Locke and his past. Locke asks what he did wrong and Nick again confronts him with his teenage identity theft, and adds that he let his friend die in that car instead of seeking help, and refers to the robbing of Camilla Rhodes (uncast character) of her fortune so he could begin his career – he knows it’s true!

According to Y&R spoilers, Nick will tell Locke he will never be okay with what he did in his past because he thinks he is an opportunist who has never had any moral standards, and nor does he now! Nick figures that Victor and Adam Newman (Mark Grossman) as well as mother Nikki Newman (Melody Thomas Scott) are just giving Locke a pass because of his cancer. Nick is even suspicious that the diagnosis is a lie to gain pity. Ashland appreciates Nick’s honesty – Nick says it made him feel worse.

But Nick still yells to Locke that if he ever finds out he has hurt Victoria, he’ll answer to him and he’ll be his enemy for life! At that point, Victoria shows up in the doorway! Victoria and Nick get into an argument over Nick threatening her husband, citing that people change.

Y&R spoilers tease Nick thinks Victoria doesn’t understand. Ashland blindsides Victoria as he comes to Nick’s defense! Locke admits that Nick isn’t wrong about his past – and he’s impressed at Nick and Victoria’s love for one another. Victoria asks why the peacemaking – Locke says maybe the prospect of death has changed his perspective – Victoria doesn’t want negativity.