GH Spoilers: Is Maurice Tired Of Being Sonny Corinthos? 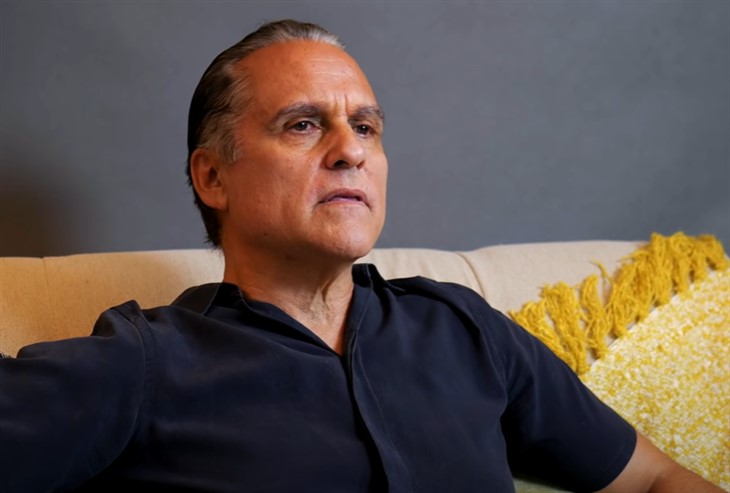 General Hospital (GH) spoilers indicate that there may be lingering feelings between Sonny Corinthos (Maurice Benard) and Nina Reeves (Cynthia Watros) that need to be resolved. However, Sonny seems to be clinging to parts of Mike. Is Maurice tired of being Sonny?

When General Hospital had Maurice playing Mike, he talked about how hard Sonny is to play. Maurice described Sonny as dark and brooding and said that the character took a lot out of him. Maurice had played Sonny for the most part since the mid-1990s. Sonny has not changed in all those years and Maurice had held the role anyway. However, years later, he seems to want to be Sonny much less than he used to. Maurice has also discussed retiring a few times. Could Maurice be ready to give up on Sonny? Does Maurice want Sonny to be more like Mike? Will Sonny as we know him soon be a thing of the past as he evolves into someone else?

GH Spoilers – Mike Was A Much Different Character

General Hospital’s Mike, Sonny’s Nixon Falls alter ego, was a very boring guy. Mike was a bartender with skills and knowledge he wouldn’t explain. Mike was laid back and easy to get along with. Mike knew how to get people to do what he wanted. However, Mike was also very suspicious to some people, especially cops. However, Mike wasn’t violent. Mike didn’t like flashy things and Mike fell for Nina Reeves (Cynthia Watros) something Sonny would never do. Mike was content to stay in Nixon falls and didn’t care that he could have a family looking for him. Mike certainly was nothing like Sonny.

General Hospital’s Maurice used to tell fans to complain about things they didn’t like on the show. However, this time around, Maurice has continued to tell people to enjoy the show and just watch. Fans were certainly not happy when this advance because the majority of them hated Mike and were more than ready to give him up. Mike and Nina didn’t cut it for most Sonny fans and Sonny being stuck in mike mode was much worse. Are Sonny fans doomed to see him tamed down and semi Mike from now on? Do fans want their Sonny the mobster back in full force? Should fans continue to complain or just wait and see what happens?

General Hospital fans are not ones to set back and stay quiet when they don’t agree with how the show is being written. Will we finally have Sonny back or is Maurice tired of being Sonny the mobster? Do we watch as sonny walks away or continue to push for the man we want to return?