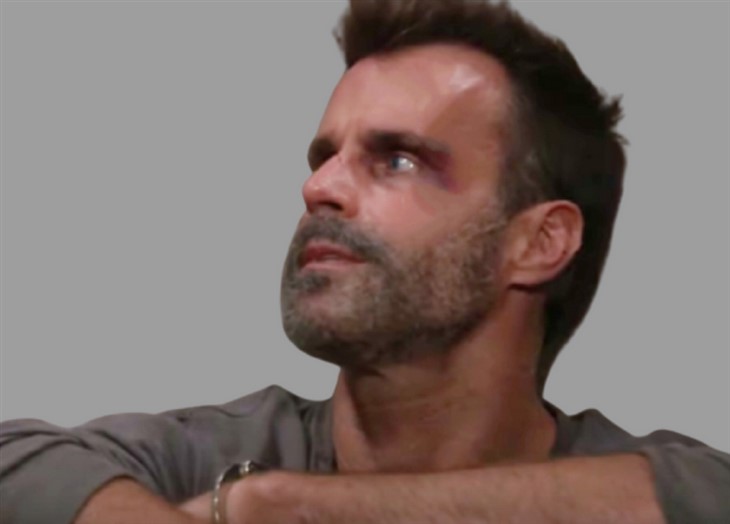 General Hospital (GH) spoilers for Friday, October 15, 2021, reveal a return to Crete after a week with no action that left us wondering what ever happened to Valentin and Drew.

General Hospital Spoilers – Back To The Spy Games

It was last week when Valentin Cassadine (James Patrick Stuart) heard that he is actually a real and true Cassadine after all because Victor (Charles Shaughnessy) is his father, but we have seen no reaction to this revelation. When GH makes a return to the Crete storyline on Friday, will Valentin be thrilled or horrified about who his real parents are?

Meanwhile, Drew Cain (Cameron Mathison) makes it back to his cell and finds Liesl Obrecht (Kathleen Gati) waiting there again. He manages to let her know he is being controlled by Peter August (Wes Ramsey). Might she figure out a way by thwarting Peter with the click of a pen?

Speaking of a click of the pen, Sam McCall (Kelly Monaco) and Dante Falconeri (Dominic Zamorogna) are thwarted again. What goes wrong with them this time? Do they finally run into Anna Devane (Finola Hughes) and Robert Scorpio (Tristan Rogers)?

Ava Jerome (Maura West) pays a visit to the PCPD to see the stepson she had arrested. Spencer (Nicholas Chavez) can’t believe Ava made this happen to him and tries to fight Ava but she’s not having it, advising him to shut his mouth for a change.

Meanwhile, when Esme Prince (Avery Pohl) comes calling at Wyndemere, Nikolas doesn’t have the time for her and tells her that she’s lucky she’s not downtown getting booked just like Spencer.

Carly Corinthos (Laura Wright) is as furious with Nina Reeves (Cynthia Watros) as Ava is with Nikolas and lets Sonny (Maurice Benard) know it. Sonny tries to appease Carly and tell her that he warned Nina to leave them the heck alone. Remember, he set up ground rules he can change at a moment’s notice.

That’s not enough for Carly. She wants war and she wants Nina to pay. Will she wonder why Sonny is going so easy on her? Stay tuned to General Hospital weekdays to see how these stories play out.