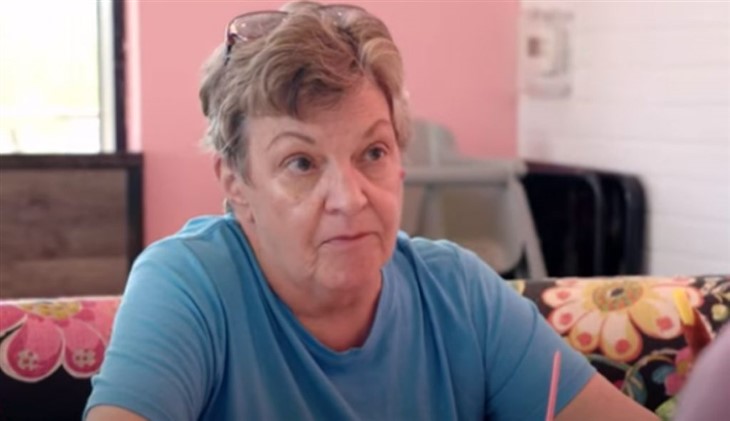 Admittedly, when 90 Day Fiancé star Larissa Lima was married to Colt Johnson, it wasn’t easy for her. She regularly bumped heads with his mom, Debbie Johnson. However, it seems Debbie wants to put that past behind her. When Larissa made a post on Instagram about moving back to Las Vegas, Debbie welcomed her back and invited her to do lunch. This caused a ruckus in some of the comments on Larissa’s post, but Colt’s mom instantly slapped back.

Colt Johnson, his mother Debbie and Larissa Lima all appeared together on season 6 of 90 Day Fiancé. Colt had met the Brazilian beauty online and she came to the US on a K-1 visa. Fans of the TLC show soon saw the combative relationship between Debbie and Larissa. In fact, the two women regularly argued on the show. However, the marriage didn’t last too long and Colt and Larissa’s divorce was finalized in April 2019.

Since that time, Larissa has gone her own way and after endless plastic surgery has become quite the influencer. She has been spending time in Colorado with her boyfriend, Eric Nicholls but has now returned to Vegas. Meanwhile, it looks like she and her former mother-in-law have now smoothed things over.

On Thursday, November 4, Larissa took to Instagram to share that she has left Colorado and has moved back to Las Vegas. In her post, she shared an image of the removal truck, containing all her worldly belongings.

Lima’s fans and followers were quick to congratulate her on the big move, although some did say Florida might have been a better choice. However, one surprising Instagram user also congratulated her. This was none other than Colt’s mother, Debbie, inviting Larissa to lunch with her and Colt’s new wife, Vanessa. In her comment she wrote, “Welcome back lady,” adding, “We will have to do lunch @vanessaj_702 and I.”

Most of Larissa’s followers were polite about the comment, with one asking how she and Debbie had become friends. Larissa replied, writing, “when I apologize for my craziness?”

Another follower said how much they loved to hear this news. They wrote, “@savagedebbiej @vanessaj_702 @larissalimareal love to see it. This is some true queen sh*it right here. Women supporting women also ps [sic] Debbie we see you girl, looking good, the glow up is real.”

However, a troll stepped in and instantly threw some shade at Debbie. @209sam wrote, “So you can gas light her?” The keyboard warrior added, “@larissalimareal don’t give her the opportunity to take you out of your character again.”

Meanwhile, Debbie was quick to shut the troll down, commenting, “We are friends now. You are just going to have to deal with that.”

Making friends with Larissa isn’t all that Debbie has been up to lately. She recently debuted a stunning new look ahead of her appearance on season 2 of 90 Day: The Single Life. In a series of images, Debbie, 70, revealed her long, red hair, a short skirt and a nifty butterfly tattoo on her chest.

Meanwhile, Larissa had her own, but honest, opinions about her former mother-in-law’s new look. She wasn’t crazy about the red hair and told Debbie she would prefer her with brown or blond hair.

It is great for 90 Day Fiancé fans to see Debbie and Larissa becoming friends despite their past and hopefully, the friendship will continue now the Brazilian beauty is back in Vegas.

Debbie Johnson will be starring in season 2 of 90 Day: The Single Life, starting on Friday, November 12, on discovery+.