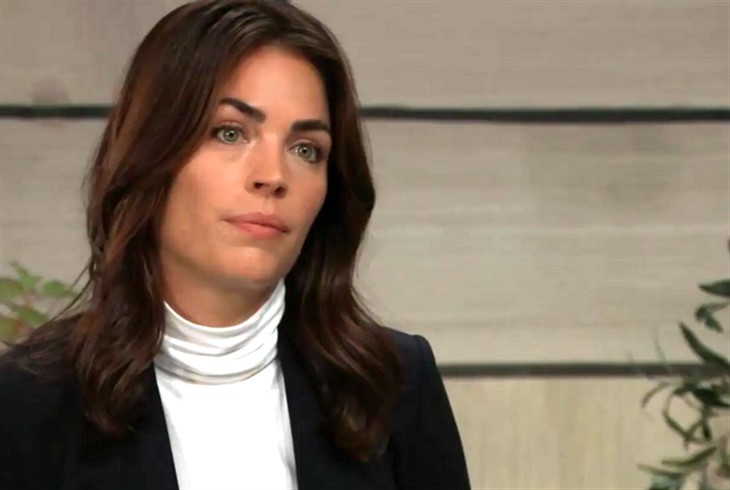 General Hospital Spoilers tease Selina Wu (Lydia Look) is not happy with Dr. Britt Westbourne (Kelly Thiebaud). Before Brad Cooper (Perry Shen) was granted an early parole, Selina paid Britt a visit. Selina believes that Britt is a bad influence on Brad, and warned Britt to stay away from her nephew. But Britt has other ideas. When Brad was finally freed, Britt and Brad ran into each other at the Metro Court. And instead of backing away as Selina requested, Britt embraced her old friend. This could end up costing Britt dearly!

Although Brad was adopted, Selina is his biological aunt. She has avoided making contact with Brad up until as a sign of respect for Brad’s adopted parents. But Brad has made a mess of his life and he let Nelle Benson (Chloe Lanier) talk him into helping her keep Michael Corinthos’ (Chad Duell) son Wiley Corinthos (Caleb and Kyler Ends) away from Michael. For two years, Brad raised Wiley as his own. When he was finally caught, Brad went to jail. Selina knows that Brad made a horrible mistake and she is determined that it won’t happen again.

Selina is in the mob. She represents one of the five families that Sonny Corinthos (Maurice Bernard) has to deal with on a regular basis. Besides her relationship with Jason Morgan (Steve Burton), Britt hasn’t really had much experience dealing with the mob. She worked with Jason to help stop Cyrus Renault’s (Jeff Kober) hold on General Hospital. But actively defying Selina is something Britt may not realize is more dangerous than she thinks. Britt has told Brad about Selina’s warning and made it clear to Brad that she has no intention of doing what Selina wants.

Selina recently made a deal with Sonny Corinthos (Maurice Bernard). If Sonny agreed to help Brad get parole, Selina would have Peter August (Wes Ramsey) killed. Therefore, it seems more than likely that Selina won’t have any qualms about eliminating Britt. Whatever Selina’s plans are for Brad in the coming weeks, they don’t include Britt. Selina could very easily have Britt killed. Perhaps Britt should be a little more concerned about Selina’s threats or she might very well end up dead.

Should Britt continue her friendship with Brad? Or should Britt heed Selina’s warnings? Just what does Selina want with Brad? Anything can happen in Port Charles so stay tuned to General Hospital airing weekdays on ABC. And don’t forget to check back right here regularly for all your General Hospital news, information and spoilers!