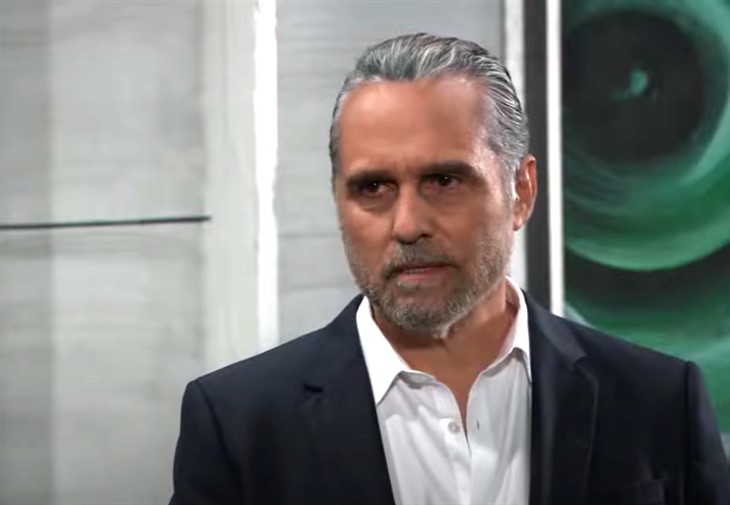 General Hospital spoilers and updates show some big Sonny and Carly drama ahead.  The deal with Madame Wu and his attitude towards Nina will cause a rift in the Corinthos clan and bring drama to Carlson’s marriage. The absence of Jason Morgan will bring even more pain.

Sonny said he did not desire to retaliate against Nina Reeves (Cynthia Watros) and asked Carly to leave her alone. The compassion of Mike also came to the surface when Sonny promised Nina Wu (Lydia Look) his family would not retaliate against her nephew Brad Cooper Parry Shen) should he be released from prison.

Carly shared with Diane that she missed venting to Jason Morgan (Steve Burton) who is in Greece with Britt Westbourne (Kelly Thiebaud). Steve Burton is no longer a member of the GH cast so if his character is not recast Carly will really be in trouble. Should another actor take over the role then Jason might choose Britt so Carly will still not have her best friend in her life as he once was.

Jasper Jax (Ingo Rademacher) has taped his final scenes on GH. It’s not known how his character will exit Port Charles but his leaving will affect Carly. They are not currently on good terms but he is still Josslyn Jacks (Eden McCoy) father. Carly will be dealing with a lot all at once but nothing will hurt her more than finding out Nina and Mike were in love.

GH Updates & Spoilers – Sonny Corinthos Will Have To Come Clean

According to General Hospital spoilers, Sonny told his wife that he wants to leave the past behind, but Carly does not know the entire story. She is trying to honor Sonny’s wishes but playing nice goes against her instincts. It has not helped that Diane, Elizabeth Webber Rebecca Herbst) and Olivia Quartermaine (Lisa Locicero) all have been pushing Carly to seek revenge.

What they all fail to realize is that Sonny will have the final say and spoilers indicate that he will protect Nina. The truth will be revealed and Carly will not be able to lean on the men she depended on in the past. Diane offered to be her confidante but it will be the same.