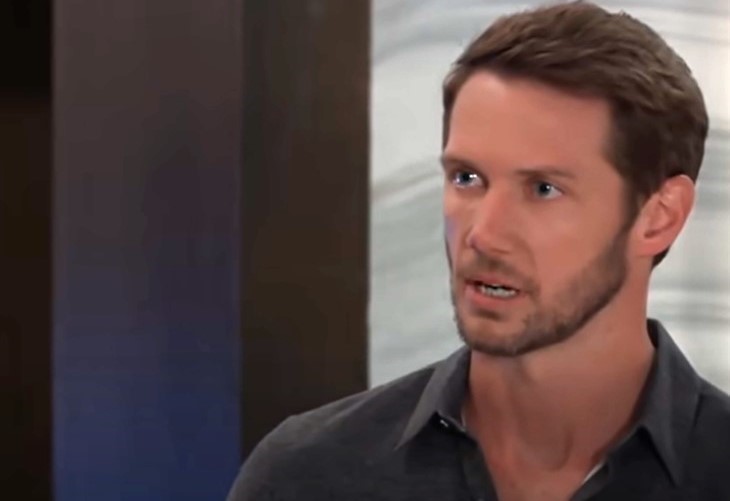 General Hospital spoilers tease that Brando Corbin (Johnny Wactor) will need help in an upcoming episode of General Hospital, and he’ll go to an unlikely source – his mother!

General Hospital viewers know that little Liam Corbin (uncast infant) may have the genes to be a fighter, but he could just as easily have the genes to have other diseases. With Sasha Gilmore (Sofia Mattsson) not knowing a lot of her family history, and her grandmother no longer being alive to fill her in, genetic testing may not have found anything in Sasha herself But Brando has at least his mother to check with for family medical history, as the closest relative. While Sonny Corinthos (Maurice Benard) certainly has had some medical issues that has passed to some of his children, he and Brando are too far apart in the family tree for anything to have passed from his branch to baby Liam.

As they await the results of the obvious, meaning the results of the EEG (electro encephalogram) which assesses baby Liam’s brain function, Dr. Sofia Navarro (Christina Ferraro) wants to make sure there isn’t anything else wrong. General Hospital viewers will recall Dr. Navarro as Carly Corinthos’ (Laura Wright) obstetrician, who detected spina bifida in Donna Corinthos (Arya and Ayla Dormiani).

General Hospital viewers know that some genetic conditions and predispositions towards genetic conditions and disorders aren’t physical, and wouldn’t show up on ultrasounds like Donna’s spina bifida did. For instance, Britt Westbourne’s (Kelly Thiebaud) genetic markers for Huntington’s Disease; that would only show up in specialized tests done for that particular genetic disorder. But since Sasha doesn’t remember hearing anything about diseases having run in her family, Dr. Navarro will want to check on the Corbin side.

That means Brando will need help from Gladys Corbin (Bonnie Burroughs) regarding family medical history – at least on her side, meaning her and her mother and father. Mike Corbin (Max Gail) was Gladys’ first cousin, and while that may be too far to pass something to Liam, Dr. Navarro may want to be thorough and check for anything in his branch of the family tree, just in case. She would already have Donna’s records and may look through those as well. General Hospital viewers can expect that with Liam already having a rough start in life, she will want to make sure there isn’t anything else that could pop up!

General Hospital viewers will see Gladys regretting her past transgressions – she has no way of getting Brando’s father’s medical records. She doesn’t even know who his father is! General Hospital viewers won’t be surprised that Gladys led an even wilder life as a younger woman, and wound up pregnant by some guy she picked up in a bar on a drunken one night stand! Gladys had always said he was a deadbeat and left town, but that sounded better to her at the time! Gladys probably could have chosen to abort Brando but obviously decided against it – probably because she found out she could get a welfare check and food stamps through aid to dependent children!

It wasn’t the glamorous life she craved, but at least she and her baby had a free ride and always had a place to live and food to eat! Gladys likely glommed onto a succession of men, always looking to move one step up socially. Gladys had a few jobs from time to time – waitress, clerk at a cosmetic counter in a department store, housekeeper, and salesperson for a multilevel marketing scheme. But now, with her help needed as her grandson lies in the NICU of General Hospital, she wishes she had at least gotten Brando’s father’s name!