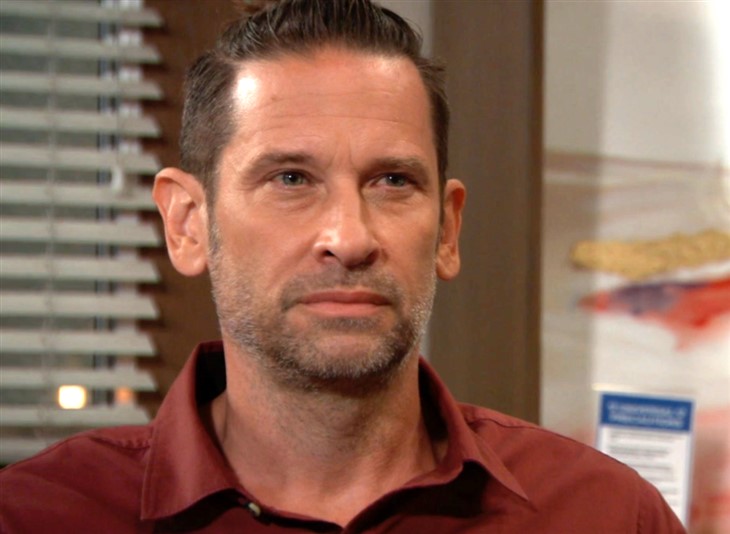 General Hospital (GH) spoilers and updates tease Dr. Austin Gatlin-Holt (Roger Howarth) has been trying to help others. Austin wants to be a part of the Quartermaine family. He has been trying to get shares in the family company ELQ because his father Jimmy Lee Holt (Steve Bond) was disowned by his father Edward Quartermaine (John Ingle). Austin has wanted to help Ned Quartermaine (Wally Kurth) and his wife Olivia Quartermaine (Lisa LoCicero) with her son Leo Falconari (Easton Rocket Sweda). Austin has found a friend in Maxie Jones (Kirsten Storms). He has wanted to help her find her daughter Louise August (Harper and Scarlett Bloom) because everyone believes that she has been kidnapped.

Austin helped to take care of Leo when he had hurt his finger. Austin observed that Leo was responding to his world in a way that someone with autism would. Austin believes that Leo needs to be examined to find out if he has autism. He has spoken to Ned about his concerns. Ned wants to get Leo examined but Olivia does not believe that Leo could have autism. Ned has talked to his daughter Brook Lynn Quartermaine (Amanda Setton) about his concerns about Leo. Brook Lynn believes that Austin is trying to use Leo to get his ELQ shares.

She tricked him into talking to her about Leo’s case. Brook Lynn went to Dr. Britt Westbourne (Kelly Thiebaud) and told him that Austin violated HIPAA laws. Britt had to suspend Austin from practicing at General Hospital. Brook Lynn is trying to blackmail Austin to give up his efforts to get ELQ shares in order to keep his career. Ned is not going to be happy about Brook Lynn interfering. Austin may tell Ned that he does have Leo’s best interest at heart and that Brook Lynn has put his medical career in danger.

Austin believed that Maxie had found a good friend with Brook Lynn. He had noticed that Maxie and Brook Lynn had been acting as friends instead of acquaintances. Maxie was surprised that Austin believed that she could have found a friend in Brook Lynn. Austin may believe that Maxie should not trust Brook Lynn with something important. Maxie has put her trust in Brook Lynn to take care of Louise because she has been concerned about Peter August (Wes Ramsey) being in Louise’s life. Brook Lynn is raising Louise as her daughter Bailey with Valentin Cassadine (James Patrick Stuart). Austin does not know that Brook Lynn has Louise. Austin may tell Maxie that she should be on her guard because Brook Lynn might betray her.

General Hospital Austin wants to have a part of ELQ but he has started to feel connected to many in Port Charles. He wants to make sure that Leo gets the help he needs to have a good future. Can Austin find a way to convince Ned and Olivia to have Leo tested for autism? Austin had wanted to get Brook Lynn to trust him but has been betrayed by her. Will Austin trust Brook Lynn again? Austin is concerned about Maxie. Can Austin help Maxie if Brook Lynn decides that she will double cross her in some way over Louise? Be sure to catch up on everything happening with GH right now. Come back here often for General Hospital spoilers, news, and updates.

The Family Chantel Spoilers: How Much Are They Worth?

General Hospital Spoilers: Olivia Blasts Brook Lynn For Digging The Truth Out Of…