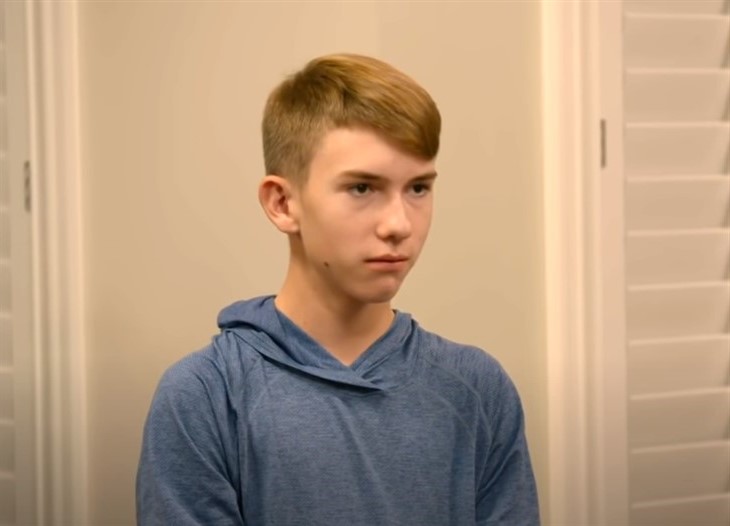 Chrisley Knows Best star Grayson Chrisley becomes increasingly popular with USA network fans. After all, he’s growing up fast. Between the main show, and the spinoff, Growing Up Chrisley, Grayson features a lot this year. However, fans seem very concerned and worry if he’s okay right now. Did he and his dad, Todd fall out? Read on to find out. Note, this article contains spoilers about Season 9 of the show.

Fans saw throughout Season 9 of the show, that plenty of spoilers and clips came out about Todd’s youngest son. The teenager really grows up fast these days. USA Network fans saw that he learned how to drive and looked confident behind the wheel of a truck. Additonally, he grew very tall and looks very handsome. Actually, he looked very polished when he went it his Homecoming this year. Importantly, he got his braces taken off at last. In fact, he starts filling out and is clearly on the way to manhood. He, like the older kids at his age, also works a summer job these days.

Chrisley Knows Best spoilers also revealed that Grayson Chrisley groused about having to work at his summer job. In a teaser this week, spoilers revealed that he complained to Chase about not being able to spend time with his friends. Additionally, he hates that he spends so much time working, he doesn’t have the time to spend the money he earned. Well, Chase Chrisley seemed unsympathetic. He told his younger brother, “Welcome to being an adult. It doesn’t get any better.” Clearly, growing up brings some problems. But, is there a problem with his dad Todd?

On October 15, Todd Chrisley shared a photo, but Grayson Chrisley was not in it. Instead, the picture showed Savannah, Chase, and Chloe. It looked like Chase possibly took a selfie with the three kids in it. In his caption, Todd wrote, “It really doesn’t get much better than this, the joy these three bring me daily is beyond words.” Well, that seemed all well and good. But fans instantly noticed that he only talked about three kids. Plus, they could hardly miss the fact that Grayson wasn’t in the photo. 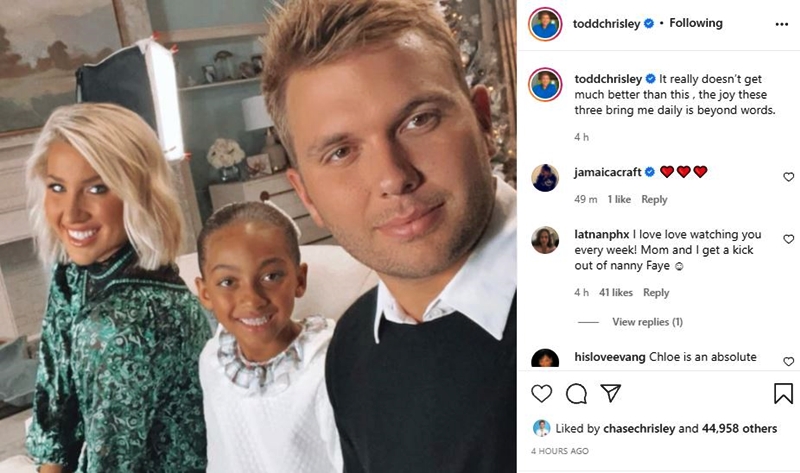 Chrisley Knows Best fans started commenting about Grayson straightway. One of them asked, “Where’s Gray?? But yes, yes beautiful family for sure!” Then, another fan also asked, “Where’s Grayson? He should be in that picture!” Many similar comments went in and one fan wrote, “what about Grayson?!” Concern became obvious when fans started asking if Grayson’s actually okay. One person penned, “I hope Grayson’s okay.”

Well, Grayson Chrisley upset his dad a bit in the past. As a younger kid, he once slipped out of the house to party with his friends. Perhaps he’s on the outs with his dad for complaining about his job? However, that clip probably got filmed months ago. Actually, Todd often said that Grayson’s one of his favorite kids. So, maybe he was just out in his truck doing something with his friends.

Be sure to catch up on everything happening with the Chrisley family right now. Come back here often for more Chrisley Knows Best spoilers, news, and updates.