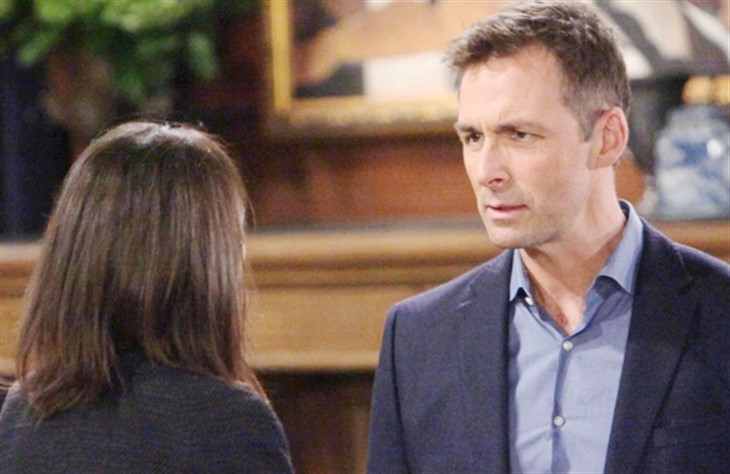 General Hospital (GH) spoilers and updates tease Anna Devane (Finola Hughes) is going to need someone to help her. Anna has been trying to find out more about Peter August (Wes Ramsey). She knows that Peter and Dr. Hamilton Finn (Michael Easton) got into a fight. Finn believed that he accidentally killed Peter. Finn got help from Elizabeth Webber Baldwin (Rebecca Herbst) to put Peter in a freezer at General Hospital. Anna and Finn found out that Peter may be alive because was not in the freezer. Anna wants to find Peter because he is wanted for different crimes.

Anna has been working with Valentin Cassadine (James Patrick Stuart) to find the truth about Peter. Anna and Valentin want find out what has happened to Peter. They know that Peter wanted to leave Port Charles with Maxie Jones (Kirsten Storms) and their daughter Louise August (Harper and Scarlett Bloom). Anna and Valentin found the helicopter pilot David Hopkins (Robert Leeshock) in order to learn more about Peter’s plans. David confirmed that he was to come to get Peter, Maxie, and Louise. However, Anna and Valentin have not found any more leads. Anna has found herself getting closer to Valentin during their search for Peter.

Valentin may believe that Martin Grey (Michael E. Knight) could help Anna to find out more about Peter. Anna and Martin had an encounter at the pool at the Metro Court. Martin was interested in Anna. Anna knows that Martin has a connection to Peter through Drew Cain (Cameron Mathison). Martin represented Franco Baldwin (Roger Howarth) when he was implanted with Drew’s memories. Peter was involved with Drew’s disappearance and Franco’s death. Anna was stunned when Sam McCall (Kelly Monaco) told her that Drew is alive. Anna may believe that Martin could help her in her search for Drew. Martin may have documents or have contacts that could help Anna find more information on Drew. Anna may get a lead about Peter from Martin by looking for Drew.

General Hospital Anna is determined find out if Peter is alive or dead. Anna is concerned about what Peter intends to do if he is alive. Anna has found comfort from Valentin. Will the search for Peter continue to bring them together? Anna may find that Martin can help her to find Drew. Can Martin give Anna the information that she needs to help Drew? Anna may find that Martin could be a good source of information and a new romance. Could Anna connect with Martin in some way? Be sure to catch up on everything happening with GH right now. Come back here often for General Hospital spoilers, news, and updates.