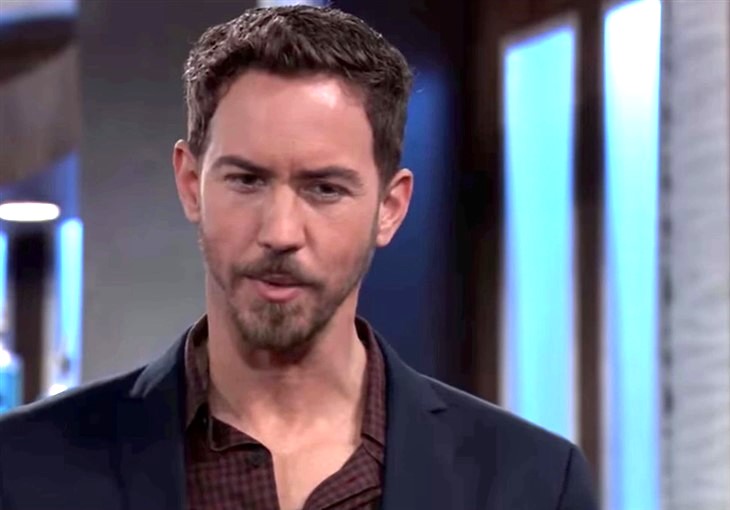 General Hospital spoilers tease that there is a possibility that Peter August (Wes Ramsey) could have whisked Jason Morgan (Steve Burton) away in the midst of the tunnel collapse to try his father’s backup brainwashing on him! General Hospital viewers, however, saw something Peter didn’t if that happened – the “key” to deactivate the programming, the tarot card with the chariot was left behind!

General Hospital Spoilers And Rumors – The Memory Transfer Didn’t Work On Jason Morgan, But The Brainwashing Might

General Hospital viewers will remember that Peter said that the brainwashing and conditioning protocol was a backup developed by his father, Cesar Faison (Anders Hove) in case the memory transfer didn’t work. Longtime General Hospital viewers will remember that both Jason and Drew Cain (Cameron Mathison) were kidnapped at the same time, and Helena Cassadine (Constance Towers) wanted a super soldier or two at her beck and call! The memory transference, or memory mapping, was done towards that end.

But although Drew received Jason’s memories and other intel, it didn’t work on Jason. It seems that Helena had wanted super soldiers with the “best” meaning the most dangerous parts of each man to make twin “toy soldiers”! General Hospital viewers will remember that Peter had successfully brainwashed Victor Cassadine’s (Charles Shaughnessy) henchmen to work for him. The cards used to activate and deactivate Drew and Victor’s henchmen, if that is what he used on the henchmen may be entirely different, meaning he could use different ones to brainwash Jason!

GH Spoilers And Rumors – No Body, No Death?

General Hospital viewers know that usually when there’s no body shown, there’s no death, and the presumed dead person can return at some point in the future, even if as it may be in this case, as a recast. Drew Cain was presumed dead for two years, Sonny Corinthos (Maurice Benard) for nine months, although viewers weren’t sure until he was shown in a snow bank. Victor and Nikolas Cassadine (Marcus Coloma) were both presumed dead for over ten years in Victor’s case and five in Nikolas’ although they were revealed to have faked their deaths. Helena was presumed dead several times before she actually died, and even Anna Devane (Finola Hughes) and Robert Scorpio (Tristan Rogers) were presumed dead for many years before they resurfaced.

General Hospital viewers wonder if Nelle Benson (Chloe Lanier) could reappear at an inconvenient time, since her body was never shown either! To viewers, it did appear that rubble was falling on Jason as Peter darted away – and Peter did get to the Cassadine castle above, where he was arrested by Robert and Anna. But Peter still had some of Victor’s henchmen he had brainwashed who were probably lurking and hidden; after all, there are plenty of places to hide.

General Hospital Spoilers And Rumors – Peter August Is In Custody Now, But May Not Be For Long!

That person or people, which may turn out to be someone who has been playing as a good guy, may be as duplicitous as Peter himself, and not only break him out and hide him out! Peter’s secret partner may in fact be hiding Jason and nursing him to health, or even using the serums used to raise Drew from near death in stasis, just waiting for the perfect time to unleash their new super soldier, in the form of Jason this time!