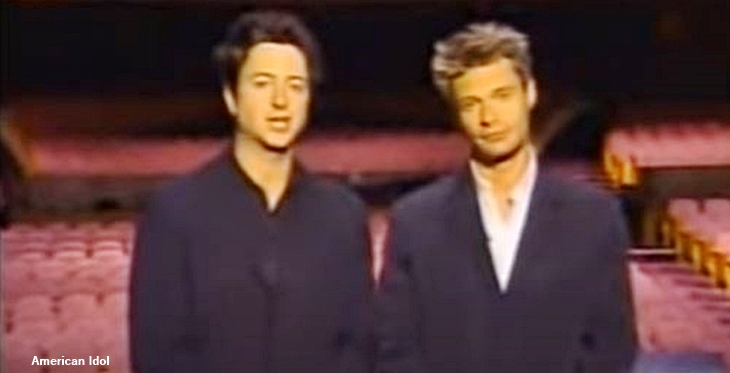 American Idol fans who watched Season 1 of the show probably recall that Brian Dunkleman and Ryan Seacrest started off hosting the show together. Fans really enjoyed the pair together as they made for a lot of lighthearted fun. Actually, fans thought Brian must have lost his mind when he walked away from it, especially as the show become a roaring success. Now, he explained that he simply could not work with Ryan and described what happened between them.

The talent show brings new talent and the winners either go on and fade into obscurity, or they make it big. Some of them, like Kelly Clarkson end up on shows like The Voice. One or two of them manage to edge their way into other reality shows for a bit, but few of them make it so big that they become household names. But one thing TV show fans can rely on is the regular appearance of Ryan Seacrest. He became a familiar face to everyone through the years. In fact, some folks who were not around at the beginning might not even know that Brian Dunkleman used to appear alongside Ryan.

American Idol Season 1, on the surface of it, showed the two hosts getting along just fine. However, Brian talked about Ryan on Behind The Velvet Rope podcast recently. It seems that Brian thinks a lot of folks feel he probably regrets leaving the show. In fact, he claims that people think he really missed an opportunity, mainly because Ryan made a lot of money off the show. However, he doesn’t regret it all. Actually, in real life, the pair clashed terribly badly.

Despite their enmity, fans had no idea that things became so bad between the two hosts. According to Brian back in 2091, when he spoke with the GQ show, they had a terrible relationship. Heavy.com reported that Brian said, “the most annoying part is people reminding me of how wealthy Ryan Seacrest is. I know.” In his November 17 interview with Behind The Velvet Rope, he revisited his issues with Ryan Seacrest. That’s when he talked about almost coming to blows with him.

The former American Idol host described one incident that went down. He said, “At one point, I just looked at (Ryan) and he said, ‘say something Dunk.’ And I said, ‘what do you want me to say, Ryan?’ He said ‘how about we’ll be right back with more American Idol. Cut. Are you going to say one f***ing thing that’s on the teleprompter tonight?’” Well, Brian felt that it was very wrong of him to try and put him down. He managed to control himself and they never actually threw any punches.

Not All Bad Times

American Idol might have taken Ryan Seacret to new heights of popularity. However, it sounds like Brian Dunkelman does not regret moving on. In fact, he admitted that sometimes, they had a good time together. Unfortunately, it came when they were out and about and the moments were never aired on the show.

Be sure to catch up on everything happening with the talent right now. Come back here often for more American Idol spoilers, news, and updates.