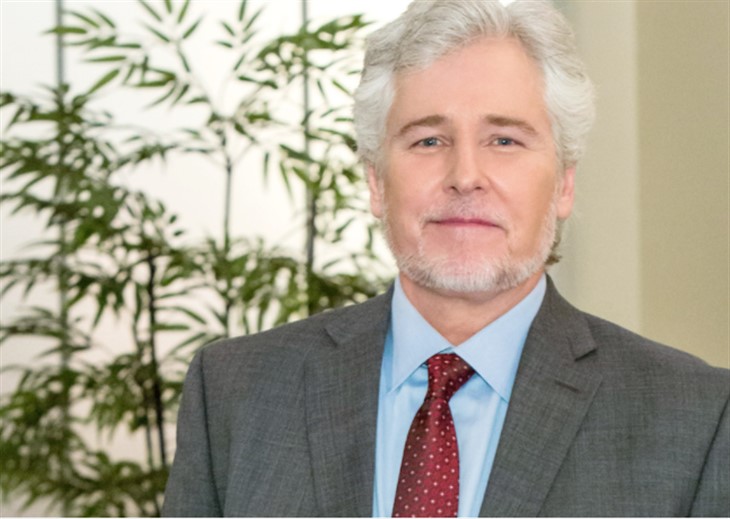 General Hospital comings & goings spoilers and updates tease that Michael E. Knight is reprising his role as Martin Grey on the daytime drama. The actor has been away due to personal reasons but fans will once again see him in Port Charles starting next week.

Martin and Laura Collins (Genie Francis) will play some games at the safehouse to pass the time. These siblings have been cooped up for several months but they have reconnected and bonded since they’ve been together.

The pair will learn that Victor Cassadine (Charles Shaughnessy) is alive and well and has returned to Port Charles. The news will cause Laura to panic and want to return home as soon as possible. She’ll fear for the safety of her kids and grandchildren.

Marin understands Laura’s situation but he’ll try to convince her that going home before it’s safe will only put her life in danger. He’ll tell her to wait until Cyrus Renault (Jeff Kober) is no longer a threat.

Nina just went to the chapel to pray for Sasha and Brando Corbin’s (Johnny Wactor) baby. But she learned something that she wasn’t supposed to.

It all starts when Nina pulls Sonny for a serious talk in the chapel. She’ll tell him that Peter August (Wes Ramsey) is threatening to spill their secret. Sonny realizes that he needs to tell Carly Corinthos (Laura Wright) everything before she hears it from someone else. Sonny doesn’t want anyone to know how close he got to Nina when he was in Nixon Falls, but Peter isn’t giving him any other choice.

Nina wants Sonny to know that she doesn’t regret the love they shared and that it was the purest love she’s ever known. Nina’s chapel confession will shock Willow, who’s been listening to their conversation.

Victor tells Nikolas Cassadine (Marcus Coloma) to stop asking questions because he wouldn’t want to hear the answers anyway. The latter wants to know what Victor is up to and he’ll assure Ava Jerome Cassadine (Maura West) that everything is under control.

90 Day Fiancé: The Other Way Finale Sees Jenny & Sumit Wed, Among Others