90 Day Fiancé: The Other Way Finale Sees Jenny & Sumit Wed, Among Others 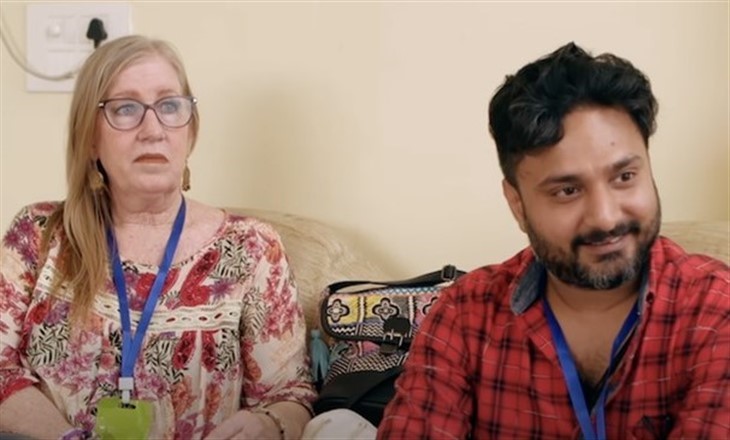 Meta-tag: Jenny Slatten has been waiting 10 years to marry Sumit Singh and it has finally happened on 90 Day Fiancé.

Fans will recall that 90 Day Fiancé stars Jenny Slatten and Sumit Singh have been together, on and off, for 10 years. The good news is that the couple has finally tied the knot in the finale episode of season 3 of 90 Day Fiancé: The Other Way. While their wedding is likely the most anticipated, other cast members also walked down the aisle in the finale.

Despite all their many ups and downs, Jenny Slatten and Sumit Singh have finally wed. At the start of Sunday’s episode of 90 Day Fiancé: The Other Way, the couple was discussing Sumit’s decision to put a pause on their marriage application. However, despite his previous cold feet, he did eventually have a change of heart.

“I have decided that I’m gonna [sic] marry Jenny,” Singh explained. “I feel like being away from Jenny yesterday kinda [sic] gave me my own space to think about all the things [that have happened] in our relationship, and I realize that my fear of getting married is not as big as a fear of losing Jenny.”

Meanwhile, the couple had to get married quickly, as her visa was running out. In fact, they decided not to tell Sumit’s parents, in case they tried to stop the ceremony. Suffice to say, both Jenny and Sumit looked incredible in their wedding gear. Readers can see them as they prepare for the ceremony below:

On the advice of their astrologer, Jenny and Sumit had a Hindu-style ceremony. Jenny, particularly, looked truly gorgeous once her preparations were complete.

Following the ceremony, Jenny said, “We don’t know what our future holds,” adding, “The only thing we know is that we’re happy together and we’re living our life the way that we want to.”

Besides Jenny and Sumit, three other couples also tied the knot in the finale episode of 90 Day Fiancé: The Other Way season 3. Among them were Alina and Steven, who rounded up neighborhood cat friends to serve as their guests, as their families weren’t able to attend.

In the episode, Alina said, “There were moments when I thought our relationship wouldn’t lead to a wedding.”

“But I’m sure that Steven really loves me, that his love is sincere. I’m certain I made the right decision,” the lucky bride added.

This was the second wedding for Corey Rathgeber and Evelin Villegas, but she did agree to a big wedding, despite her anxiety.

“Our relationship has never been easy, and we come from different worlds, but we complement each other so well,” she said in her vows, adding, “Thank you for pushing me to be here today [at] this wedding.”

Meanwhile, Corey was very anxious prior to their nuptials so was no doubt thrilled to tie the knot again.

Last, but certainly not least, another fan-favorite couple, Armando Rubio and Kenneth Niedermeier also finally got married. While Armando was nervous to get married in front of his father, his family did ultimately accept their union.

In his vows, Kenny said, “I chose to risk it all, leave all I’ve known to get to you, and in the name of love, I dedicate my heart and soul to you.” No doubt, fans were reaching for the box of issues when he added the words, “I will show you nothing but love until the end of time.”

Next in line for fans, season 5 of 90 Day Fiancé: Before the 90 Days premieres on Sunday, December 12, at 8 pm ET on TLC. The season will also be available for streaming via the discovery+ app. Be sure to catch up on everything happening with TLC right now. Come back here often for 90 Day Fiancé spoilers, news, and updates.