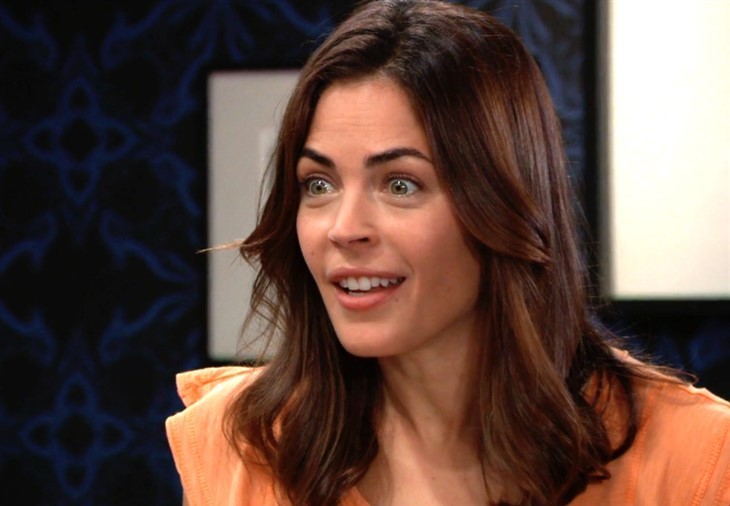 General Hospital spoilers and rumors tease that Britt Westbourne (Kelly Thiebaud) will have a one night stand with Sonny Corinthos (Maurice Benard) in a future episode of General Hospital – fans say UGHH!

General Hospital Spoilers And Rumors – Why Would This Happen?

General Hospital fans who have heard about the rumored one night stand between Britt and Sonny are wondering why would this happen? In what soap universe would Britt and Sonny hook up, and more importantly, what would the circumstances be that would lead to this hookup? Among the citizens of Port Charles there are enough people torn between their feelings for others.

Sonny is back with Carly Corinthos (Laura Wright) who is torn between her recently reignited torch for Jason Morgan (Steve Burton) and Sonny. Sonny won’t admit it to himself or anyone else but it’s plain to see those feelings that “Mike” had for Nina Reeves (Cynthia Watros) didn’t just disappear, even though he has recently recovered his feelings for Carly along with his memories. General Hospital viewers will recall that Jason was torn between his feelings for Britt and his feelings for Carly, which also resurfaced from when he pushed them down many years ago.

GH Spoilers And Rumors – Many Years Ago, A Vindictive Britt Westbourne May Have Seduced Sonny Corinthos To Get Back At Jason Morgan

Longtime General Hospital viewers will recall that many years ago, Britt was a different woman than she is now! Britt was every bit as selfish and conniving as her late aunt Madeline Reeves (Donna Mills) in those days, and almost as sneaky as her half-brother Peter August (Wes Ramsey)! When Britt first came to Port Charles and was hired as an OB-GYN at General Hospital, she was Lulu Spencer, then Lulu Falconeri’s (at that time played by Julie Marie Berman) doctor.

Lulu and Dante Falconeri (Dominic Zamprogna) wanted to have a family and were having difficulty conceiving on General Hospital. At the same time, Britt was falling in love with Dr. Patrick Drake (Jason Thompson) and at her mother’s advice seduced him. Dr. Robin Scorpio-Drake (Kimberly McCullough) was still missing and presumed dead at the time.

Patrick’s eyes were on young nurse Sabrina Santiago (Teresa Castillo) at the time, who had just graduated nursing school. Britt couldn’t compete, so decided to fake a pregnancy to get Patrick to marry her, using one of Dante and Lulu’s embryos which she implanted in herself. General Hospital viewers now know that embryo as Rocco Falconeri (O’Neill Monahan).

Jason just pushes feelings down and pretends they don’t exist! He even admitted that was what he’d done years ago with Carly when she dumped him for Sonny the first time! General Hospital viewers will recall that Sonny called Jason on his dumping Britt for Carly in a recent episode – after Epiphany Johnson (Sonya Eddy) told him what she knew, and what was considered hospital gossip although true.

Britt is no longer a vindictive and scheming woman, and she has changed a lot since General Hospital viewers first saw her. Chances are, this one night stand Britt has with Sonny is going to turn out to be a nightmare Jason has because he doesn’t know how to deal with his feelings for her!