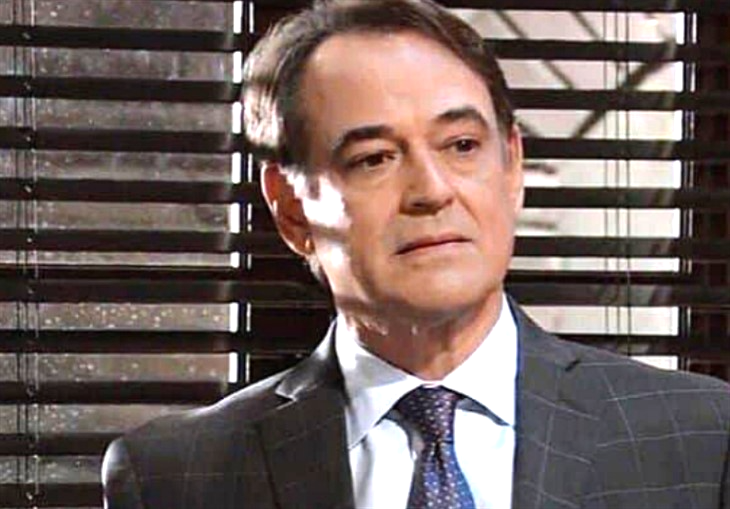 General Hospital spoilers indicate that Ryan Chamberlain’s (Jon Lindstrom) decision to have Ava Cassadine’s (Maura West) car burned has cleared Spencer Cassadine (Nicholas Chavez). However, now that the spotlight has been taken off of Spencer, Ryan expects something in return. Will Ryan insist on Spencer continuing to stalk Ava?

General Hospital’s Ryan believes that Spencer should be beholden to him now that he has been cleared as Ava’s stalker. Ryan more than likely believes that Spencer will continue to stalk Ava now and could even try to push Spencer to hurt Ava since she had rejected him. Spencer is furious with Nikolas Cassadine (Marcus Coloma) and could easily agree to do just that. After all, Spencer is not about to accept Ava into his family and nothing is going to change that. Unless, of course, Ava finds some other way to win him over. Spencer hates Ava and now that his father has chosen her again, Spencer may be willing to do anything to get rid of her.

General Hospital’s Ryan could threaten Nikolas or Trina to get Spencer to do his bidding. Spencer knows what Ryan did to Kiki Jerome (ex-Hayley Erin) to get his way with Ava. Ryan doesn’t care who he has to hurt to get his way. Ryan loves to kill people because he loves that control. Age doesn’t matter, relationships status doesn’t matter, Ryan simply kills whoever gets in his way. Threatening Nikolas or Trina could get Spencer to cave to Ryan’s demands. However, Spencer is so upset that he might not need to be persuaded to help. Spencer may be more determined than ever to make his father pay.

Ryan isn’t done with Ava and Spencer wants her out of his father’s life for good. What is Spencer willing to do to get rid of Ava? Will Spencer go too far while helping Ryan?