General Hospital (GH) Spoilers and Rumors: Carly Ambushed At Location Where Cyrus’ Mother Being Cared For? 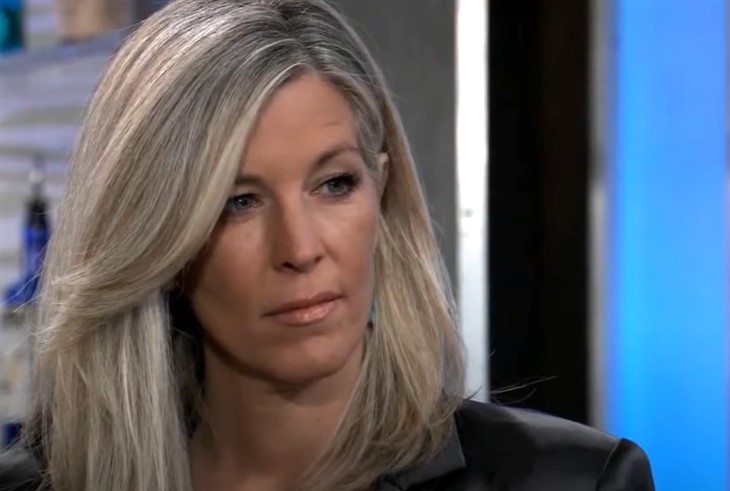 General Hospital (GH) spoilers and updates reveal viewers will recall that Nikolas Cassadine (Marcus Coloma) made a deal with the devil when he agreed to find Cyrus’s mother, Florence Grey (Annie Abbott) in exchange for Cyrus keeping his aunt, Alexis Davis (Nancy Lee Grahn) safe in Pentonville Prison. Carly Corinthos is the one who had Florence transferred, with the help of Damian Spinelli (Bradford Anderson) to one of the Corinthos family safe houses where her mother, Bobbie Spencer (Jacklyn Zeman) and other “discreet” nurses were taking care of her.

At one point Carly had compassion for Martin Grey (Michael E. Knight) and gave him a burner phone to call his mother, which he did, but Jackie Templeton (Kim Delaney) helped him and they tracked the address of the safe house and this is where Jackie interviewed Florence about Cyrus. Obviously she has been moved since then!

The first room they went to they were greeted by Jason Morgan (Steve Burton) who was sitting on the floor and said, “Wrong room!” Nikolas asked Martin a bunch of questions about a hummingbird cake that he had made for his mother, and finds out where the bakery that made it is, which is close to the new location. Florence wasn’t moved very far, but Nikolas is being observed by Cyrus or his henchmen and is followed. Carly could very well be there giving Bobbie a break and watching Florence herself at the time and Cyrus may beat Nikolas to his mother’s location!

General Hospital viewers will also recall that Alexis had a problem her very first day in Pentonville. Another inmate came up to her in the prison gym, and didn’t respond kindly to her when Alexis politely asked her if she could help her with something, and Alexis was pinned to the wall by the other inmate in a chokehold! This event will not get back to Nikolas right away, and Alexis may even be afraid to tell him when he visits or write him about it! In the meantime, Cyrus watches the area closely, probably with some of his henchmen watching too and reporting back to him where Nikolas was looking around.

It is reported back to Cyrus that Carly was observed going towards a house in the area and Cyrus gets the address and heads over. Cyrus may very well try get to his mother himself before Nikolas actually does because of the sighting of Carly near a bakery and he will encounter Carly as she is coming from the safe house although he may not find the house itself; this is where he will ambush Carly and shake her down for the exact address! He knows now that she knows where his mother is and she doesn’t have Jason Morgan (Steve Burton) to protect her! Carly may need to fight Cyrus physically to get to her car and get away!