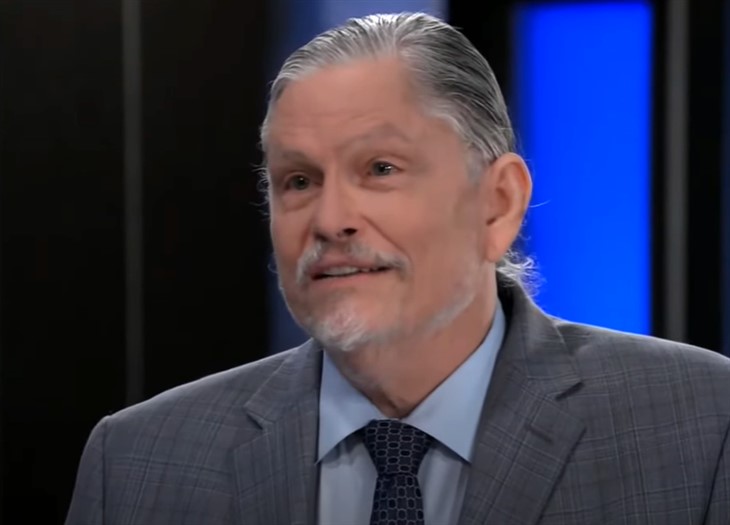 General Hospital (GH) spoilers reveal quite the dinner party on Spoon Island this week with Cyrus Renault as the guest of honor.

But this dinner party is just the beginning as three of Port Charles’ premiere women have teamed up to bring this man down and he won’t even know what hit him. Sonny Corinthos (Maurice Benard) and Julian Jerome (William deVry) spent months trying to get to Cyrus (Jeff Kober) and to no avail.

As soon as Julian was dead and Sonny was presumed dead, General Hospital spoilers reveal Carly (Laura Wright) was quickly able to gain leverage over Cyrus by kidnapping his mother. While kidnapping an old lady wasn’t one of her more moral moves, for a time, it worked. Now, she lost his mother and Cyrus is threatening Avery (Ava and Grace Scarola).

GH Spoilers – Stay Away From The Children

Mayor Laura Collins, Ava Jerome, and Carly Corinthos have all been around the block a time or two with mob men and know exactly how they operate. Cyrus may not know who he is dealing with here.

Get Britt Westbourne (Kelly Thiebaud) involved as she does not like him running drugs through her hospital and he’s in even more trouble. Enlist her mother as well, as Liesl (Kathleen Gati) is always up for a fight.

General Hospital (GH) Spoilers: Who Will Shawn Get into a Relationship With? Vote Now! https://t.co/irgkw9EBdb

Bring in Elizabeth (Rebecca Herbst), who learns Cyrus supplied a false witness for her husband’s murder and Cyrus is toast. General Hospital spoilers show Elizabeth has been kept in the dark about what really happened to Franco for far too long, and won’t take kindly to Cyrus’s part in this.

Sonny and Julian who? Heck, they don’t even need Jason (Steve Burton) for this. Sam (Kelly Monaco) could probably handle Cyrus better. Spinelli (Bradford Anderson) can stay home too.

Right now, the women of Port Charles having the upper hand on Cyrus Renault, not needing men at all, is exactly where this story seems to be headed. Stay tuned to General Hospital weekdays to see how it all plays out.