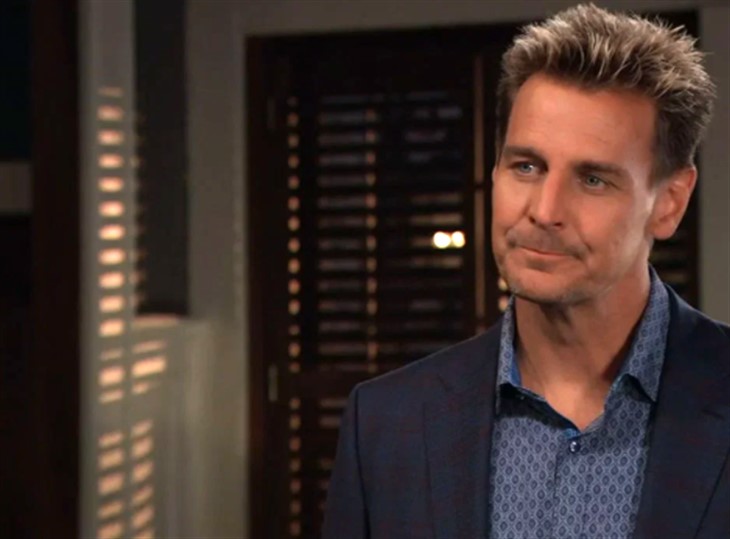 General Hospital spoilers for Monday, April 26, 2021, reveal Jax fighting for his life in a Pennsylvania clinic, while Brook Lynn struggles with her fake pregnancy.

General Hospital Spoilers – WIll Jasper Jax Reveal Who He Saw?

Jax (Ingo Rademacher) was in the wrong place at the wrong time when a bullet meant for Sonny (Maurice Benard) found him. (Isn’t that always the case for poor Jax?) Nina (Cynthia Watros) rushed with him to the clinic in Nixon Falls where he fights to stay alive.

In his delirium, Jax keeps calling out Sonny’s name as Nina worries he won’t make it. Of course, she also worries that Sonny might show up to be moral support and Jax will blow her whole scam. At this point, Nina realizes how much she loves and misses Jax, so learning about Sonny won’t help her case.

Valentin (James Patrick Stuart) insists on being in Brooklyn when Brook Lynn (Amanda Setton) gives birth. Too bad Brook Lynn will not be giving birth because she is not pregnant. Valentin also promised to give back all his ELQ shares after the fake baby is born, so Brook Lynn needs a baby and fast.

As her fake due date nears, Brook Lynn knows she has to ask for help and finally does so on Monday. Who does she go to? Will she finally tell Britt (Kelly Thiebaud) the truth since the doctor already suspects something is up.

Meanwhile, Olivia (Lisa LoCicero) tells Dante (Dominic Zamprogna) a secret so he will likely learn that Maxie (Kirsten Storms) is up to something sneaky with her real baby. Olivia knows just how Maxie feels since she told Julian (William deVry) that Leo died shortly after birth because she thought she was protecting him. Oddly enough, that baby ended up cared for by Brook Lynn.

Maxie certainly plans to forge ahead with her little plot to hide her baby but she doesn’t expect a visit from Anna (Finola Hughes) asking her to see Peter (Wes Ramsey). General Hospital spoilers say that Anna comes clean with Maxie. Does she tell her what Peter did to Chase (Josh Swickard)? Stay tuned to General Hospital weekdays to see how all these stories play out.