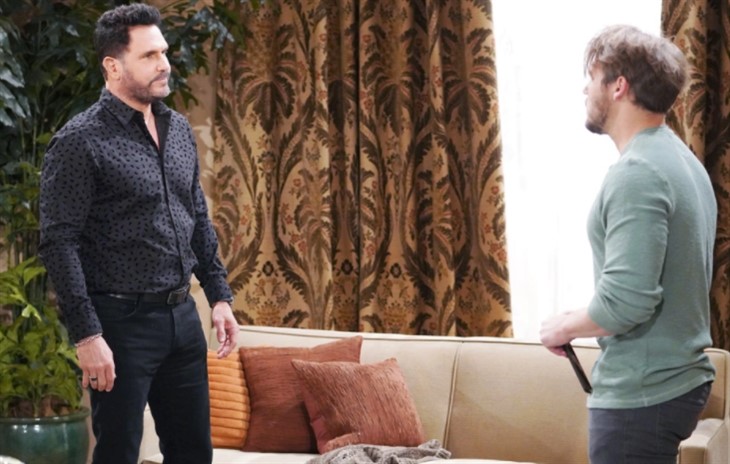 The Bold And The Beautiful Spoilers – Does Liam Spencer Get A Second Chance?

Liam is still an emotional and physical wreck ever since running down Vinny (Joe LoCicero) and agreeing to a cover-up initiated by Bill (Don Diamont). But he’s trying hard to put on a happy face for Hope and act like everything is normal.

That’s why Liam is not at a loss when Hope makes a big request of him. Is she ready to give their relationship yet another shot? Does she want Liam to move back in with her and the kids? If so, Liam really needs to pull himself together so that Hope doesn’t get too suspicious. Hope is often the last to know anything, so this usually wouldn’t be difficult. The problem is Liam. Anyone who sees him has to know he’s keeping a whopper of a secret.

Perhaps it will be Thomas (Matthew Atkinson) who notifies Hope there is something up with Liam. After all, he has been at her cabin frequently spending time with Hope and the children. At least one of those kids is his, however.

The Bold And The Beautiful (B&B) Spoilers: Killer Bill And Katie Face The Police https://t.co/GQ17UoXCOl pic.twitter.com/yzvBz2fwNk

One person who wants a second chance (or would this be a third or fourth chance?) is Bill. He’s been begging Katie (Heather Tom) to forgive him for that kiss with Brooke for nearly a year and still hasn’t seen the reconciliation he craves. And it’s not for lack of trying.

On Monday, he finally has some alone time with Katie and thinks she may finally agree to what he wants. Then, he’s quite rudely interrupted by Lieutenant Baker (Dan Martin). The cop has some very serious questions for Dollar Bill and he has to think fast on his feet to get out of this one.

Will Katie become suspicious or will this incident go right over her head? After all, who could imagine that both Bill and Liam are involved with a nasty hit and run? Stay tuned to The Bold and the Beautiful weekdays to see how these plots play out.

The Young And The Restless (Y&R) Spoilers Monday, April 26: Rey Goes After Chelsea, Nikki And Faith Break Your Heart