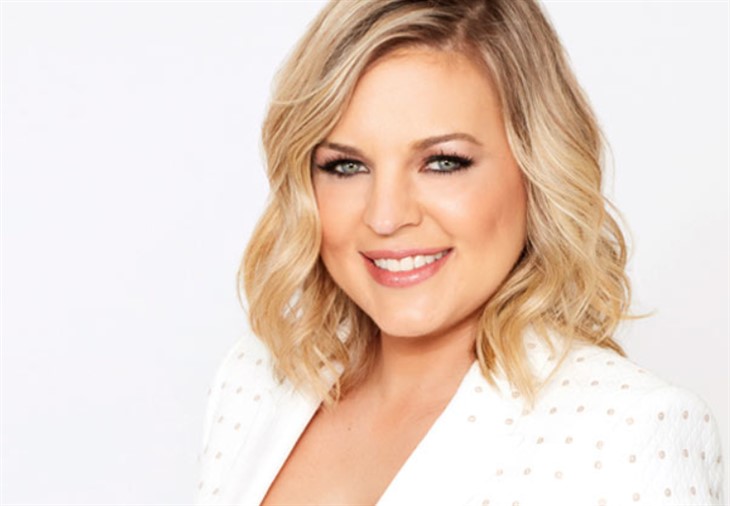 General Hospital spoilers and updates tease that Kirsten Storms, who plays Maxie Jones on the ABC sudser is all about having fun when not on set taping. She’s just posted a magnificent pic to her Instagram and we swear she could work as a model if she ever decided she had enough of daytime.

Storms took her selfie in her General Hospital dressing room and she no doubt doesn’t have a whole lot of time to spend in there these days. Her character is in the middle of building her career, preparing to be a mom, and planning her wedding—we’re tired just thinking about it!

She captioned her pic, “No shame in my game. 🙆🏼‍♀‍ #dressingroomselfie #GeneralHospital.” The photo she has up is a black and white selfie taken in her dressing room mirror. His blond hair spills over one side of the face and even in black and white her makeup is flawless. She’s rocking a killer pair of earrings and a flowered v-neck blouse that fits her curves perfectly. Did we mention her mani is spot on, too?

Her fans loved the candid pic and sent all kinds of deserved compliments her way. If only Kirsten Storms’ GH character was also living her best life!

That’s definitely not the case as Maxie Jones looks headed to take a very big fall, maybe in time for the upcoming November sweeps.

Will Maxie Jones Find Out Her Fiancé Peter August Is A Cad And A Con?

Maxie is thoroughly in love with Peter August (Wes Ramsey) even though her loved ones have desperately tried to make her see the light. Peter is a master con artist who has not been redeemed even though Maxie would like to think so. And now she’s pregnant with his baby and planning a wedding. 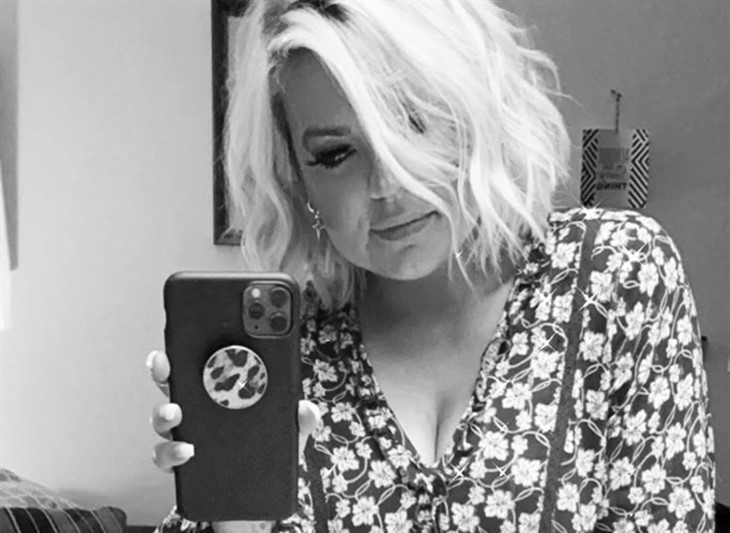 There are plenty of people trying to unmask Peter including Liesl Obrecht (Kathleen Gati) who was framed for Peter’s crimes. She has sent a “fixer” to Port Charles to take care of Peter but will he neutralize his target a little too thoroughly?

Then there is Robert Scorpio (Tristan Rogers) and Damian Spinelli (Bradford Anderson) who are also thisclose to revealing Peter’s misdeeds. It will shatter Maxie to learn of the depth of Peter’s treachery and betrayal but will her heart or her head rule the day? Be sure to tune in and find out GH fans!